Shop by Number of Speeds 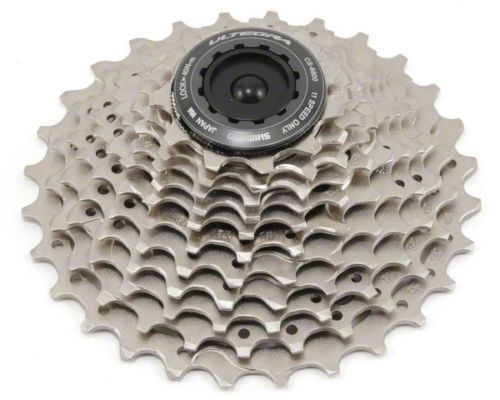 Those who take their cycling seriously probably know how important the quality of every single detail is. Sometimes the smallest part can determine the fate of an important race. The bicycle cassettes, freewheels and cogs are all parts of the wheels and they constitute the bicycles drive train. As they are often confused, but really not the same, it is vital to learn more about all these parts.

The freewheel is a component that you can typically find on the right side of the hub at the bicycles rear wheel. The bicycle hub contains a standard screw onto which you can attach the freewheel. The mechanism tightens even further during riding. A considerable amount of force is necessary to remove and replace the freewheel as it tightens progressively. The freewheel includes a mechanism that keeps the wheel spinning once you have stopped pedalling.

The bicycle cassettes are newer additions than freewheels, which serves the threading of the rear hub. The cassette is a freehub shell that holds the cogs, which in turn slide into the freehubs splines. A lock nut holds all the cogs together.

The bicycle cogs are those parts that constitute the freewheel. The cogs are also widely known as sprockets. Freewheels are compatible with various cogs and you could assemble together parts from different manufacturers without causing problems with the drive train. Thanks to the invention of cassettes, it is possible to replace the cogs one by one instead of replacing the entire cassette.

Differentiating Between Freewheel and Cassette

Freewheels and cassettes look quite similar and an untrained eye might not notice the difference. You can find out which component your bike has by removing the rear wheel and turning the cogs. If the inner part stays in place, but the cogs turn, then the component is probably freewheel. If the splines inside the lock ring turn, then it is more likely to be a cassette. Moreover, if you see splines close to the smallest cog, then you are probably facing a cassette.