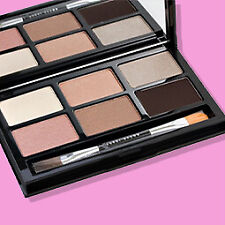 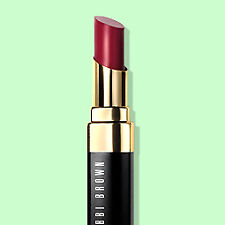 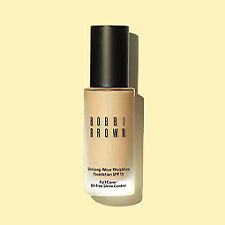 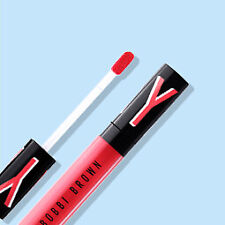 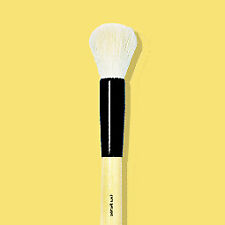 Born To Be Bold With Bobbi Brown

The simple secret to beauty is to always be who you are.

Bobbi Brown Cosmetics was born out of a simple idea to provide lipstick that looked just like real lips and the most natural-looking make-up.

In the era of the 1980's, which was defined by unnatural, exaggerated, and over-the-top beauty, Bobbi stood out with her natural approach to cosmetics. As the go-to make-up artist in New York City for that natural make-up look, she built a cult following and ultimately became synonymous with clean, modern, and fresh beauty.

When Bobbi Brown launched her first ten lipsticks at Bergdorf Goodman in 1991, she expected to sell around 100 of them in the first month. As it turns out, they were an instant success, selling over 100 lipsticks in the first day. Four years later, Bobbi Brown Cosmetics was bought by the infamous Estée Lauder.

Bobbi Brown's cult-status foundation make-up has been formulated specifically to help enhance all different skin tones. It is available in a range of different shades and coverage options. Define your features, warm-up skin, or get that healthy, natural-looking glow with the collection of bronzer, highlighter, and blush shades from Bobbi Brown Cosmetics. Whether you are looking for a matte, luminous, dewy, or totally natural-looking finish, Bobbi Brown Cosmetics will have the perfect make-up foundation for you.

For a range of lip looks with truly comfortable and lasting wear, try their must-have nude or colourful lipsticks envelop your lips in lasting colour during the day or night. With shades that complement all skin tones and shades for every look, Bobbi Brown Cosmetics provides you with gorgeous lip colours that last for a seriously long time.

Discover lasting make-up for your eyes from Bobbi Brown Cosmetics that glide on your eyelids and remains colour-true for endless eye looks including smoky eyes. From shadow sticks for smoky eyes to cream, stick, and powder eye shadow, Bobbi Brown's luxurious feeling eye make-up is both crease-resistant and long-wearing, so it looks freshly applied all day long. Bobbi's make-up for eyes is also available in a wide variety of gorgeous colours, from nude to metallic eyeshadow, for that statement-making eye look.

Create the perfect canvas before applying your make-up with the best moisturising products from Bobbi Brown Cosmetics. Their top-rated collection of skincare products infuse the skin with luxurious hydration which repairs, soothe, nourish, hydrate, all skin types.

Shop the wide variety of foundation & beauty products from Bobbi Brown Cosmetics on eBay today. Revisit an old favourite or discover something new, from concealers, skincare, lipstick, foundation, tint and more. You're sure to find the best of Bobbi Brown Cosmetics on eBay such as skincare products, beauty products, long-wear make-up, application brushes, and much, much more.