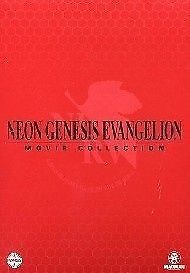 Fans of Japanese mecha anime have a huge number of choices when it comes to watching pulse-pounding animated action. In general, there are five different types of anime, all of which are extremely popular and draw huge fan bases around the world. Each of the five types of anime are designed for different audiences. For decades, mecha anime, also known as robot anime, has been a popular category for people of all ages. Mecha anime includes famous titles like Astro Boy, which became one of the best-known anime on a global scale. Another of the most popular mecha anime series of all time is Neon Genesis Evangelion. Get involved with this worldwide phenomenon with eBay's selection of Neon Genesis Evangelion DVD and Blu-ray disc box sets.

Get set for adventure

Follow the characters of this series through the futuristic city Tokyo-3 set in a post-global-cataclysm environment. The series consists of 26 episodes in which the characters attempt to prevent angels from causing further cataclysms. The series was somewhat controversial at the time, particularly the last two episodes. Due to the controversy surrounding the end of the series, the creators were forced to make a follow-up film a year later, titled End of Evangelion.

Whether you are looking for single discs to complete your own collection or want to get your hands on a complete start-to-finish box set, eBay is the place to find awesome anime options that will have you on the edge of your seat. Check out the great range online today and get ready for exciting action on your screen.