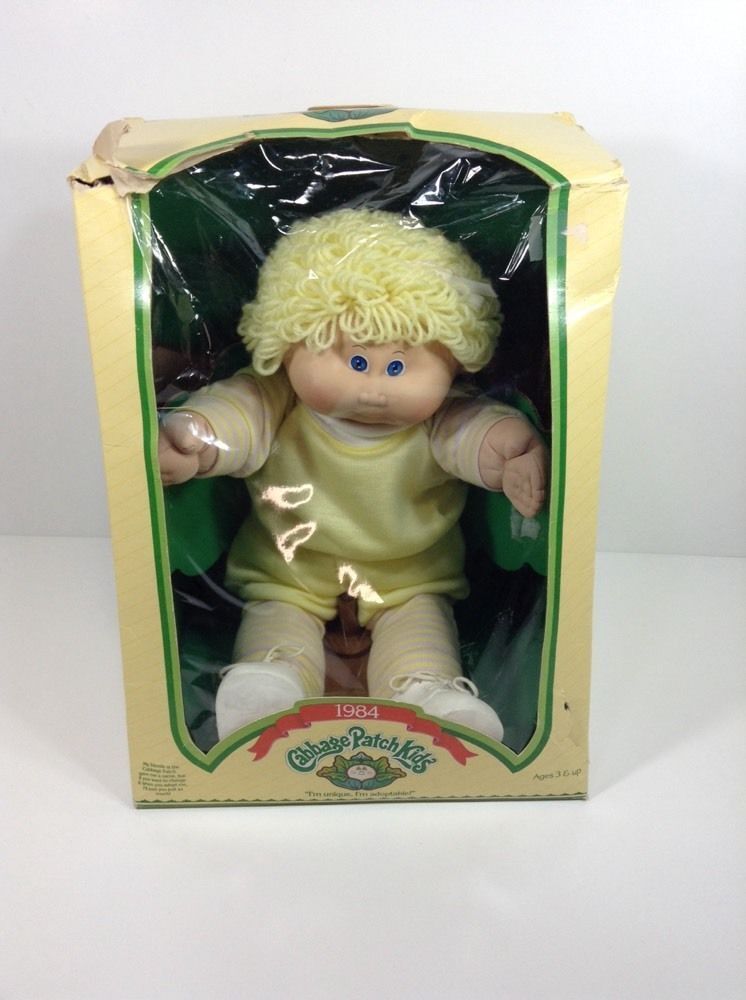 Known as one of the most popular toys of the 1980s, Cabbage Patch dolls continue to engage kids with their cute, chubby faces, one-of-a-kind names and birth certificates, and detailed designs. Manufactured by a variety of brands that includes Coleco, Mattel, and Jakks Pacific since their launch in 1982, these cherub-faced dolls come in a wide range of designs and include adoption papers for new "parents."

Though the Cabbage Patch Kid craze reached full momentum in the 1980s, these dolls have still been in production ever since. Collectors of vintage dolls may enjoy looking for dolls from the earlier eras, but there are also dolls available from the 1990s as well as the 2000s. With each decade, there have been slight changes to the dolls, as well as wider doll varieties offered and newer and updated doll features. Early dolls were made with cloth bodies and came in one size, whereas later dolls offered assorted sizes and more flexible vinyl bodies.

The 1980s version of Cabbage Patch dolls were dolls that each had an individual look and name, so no two dolls were the same. As the years went by, various lines of dolls were produced, including Corn Silk dolls with silky hair instead of yarn hair, special dolls like birthday Cabbage Patch dolls, dolls you could swim with and dolls with hair you could style. Some later dolls include talking versions as well as mini dolls, Cabbage Patch pets (called Adoptimals) and Cabbage Patch Fairies. There are many types of dolls available now, including Farm Friends that wear animal costumes, dolls meant to look like newborns and Trendy dolls wearing modern clothing and accessories.

One of the most telling features of a Cabbage Patch doll is its scent. The dolls offer a realistic baby powder scent to make them seem more like real babies, which is a signature of the line. Other doll features include freckles, pacifiers, dolls with teeth and dolls that include realistic birthmarks. Some dolls eat and wet themselves, and dolls facial expressions vary. A line of dolls called Baby So Real dolls are interactive and meant to produce lifelike sounds and facial expressions with LCD eyes.

Your Cabbage Patch dolls can be just as well-dressed as you are. With numerous doll accessories and clothing available, its easy to customise a Cabbage Patch Kid. For instance, your doll can wear glasses, sneakers or hair barrettes. You can change a dolls clothes according to the holiday or season, or they can even wear swimsuits. There are accessories for Cabbage Patch babies that include doll carriers or strollers, as well as bibs that your baby can wear when you feed him or her. There are also pacifiers, bottles, nappies and nappy bags to create a more realistic experience for kids as they care for their "babies."