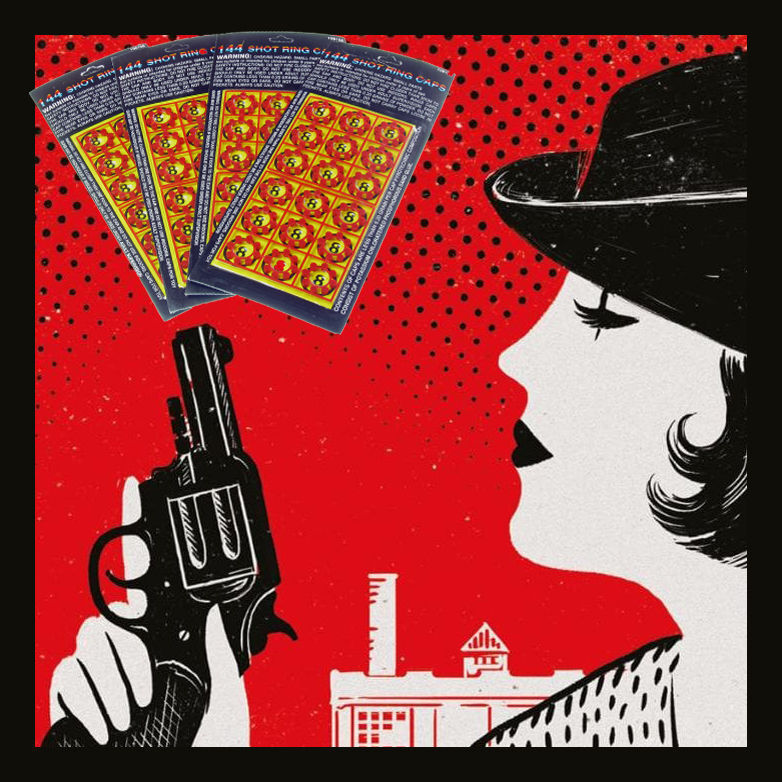 Cap guns were a favourite toy for young boys and girls who liked to get involved in pretend play. Their imaginations took them to all corners of the globe, from the Wild West and the prairie lands to the bushlands of Australia where bushrangers such as Ned Kelly reigned supreme. While cap guns can sometimes be difficult to source in mainstream stores, they can be found online offering a unique outdoor toy for imaginative children over the age of eight.

Toy guns, such as cap guns, are a nod to the vintage era when magic toys, wooden toys and action figures graced the store shelves. Many of the earlier guns were purely novelty items although many gun replicas such as western rifles and police guns soon emerged. Popular TV shows such as Bonanza, Maverick, The Lone Ranger and F Troop along with the appearance of Clint Eastwood in several Spaghetti Westerns made toy guns desirable to the general public.

The fun is seemingly unending when you can buy cap refills for your toy cap gun. Packets of shot ring caps can easily be added to the chamber for unlimited fun. While a gunpowder mix in tablet form was used in the earlier models, manufacturers soon opted for ammunition strips offering up to 8 and 10 shots in a single round. The caps simulate the sound of a real gunshot followed by a small puff of smoke to enhance the reality of the play.

The original cap guns were made of cast iron before manufacturers decided plastic was a safer bet. Cap guns made from a mix of diecast metal and plastic can also be purchased. Many of today’s guns are modelled on real guns albeit slightly smaller versions. Even miniature versions of working cap guns were made into keyrings and sold.

The original cap guns were made in the 1860’s after the American Civil War so that the firearm companies could continue to operate. Little did they know how popular they would turn out to be. Most serious toy collectors have at least one cap gun or toy gun in their toy collection. As more and more people are collecting cap guns, these popular toys are growing in value as the niche hobby spreads.