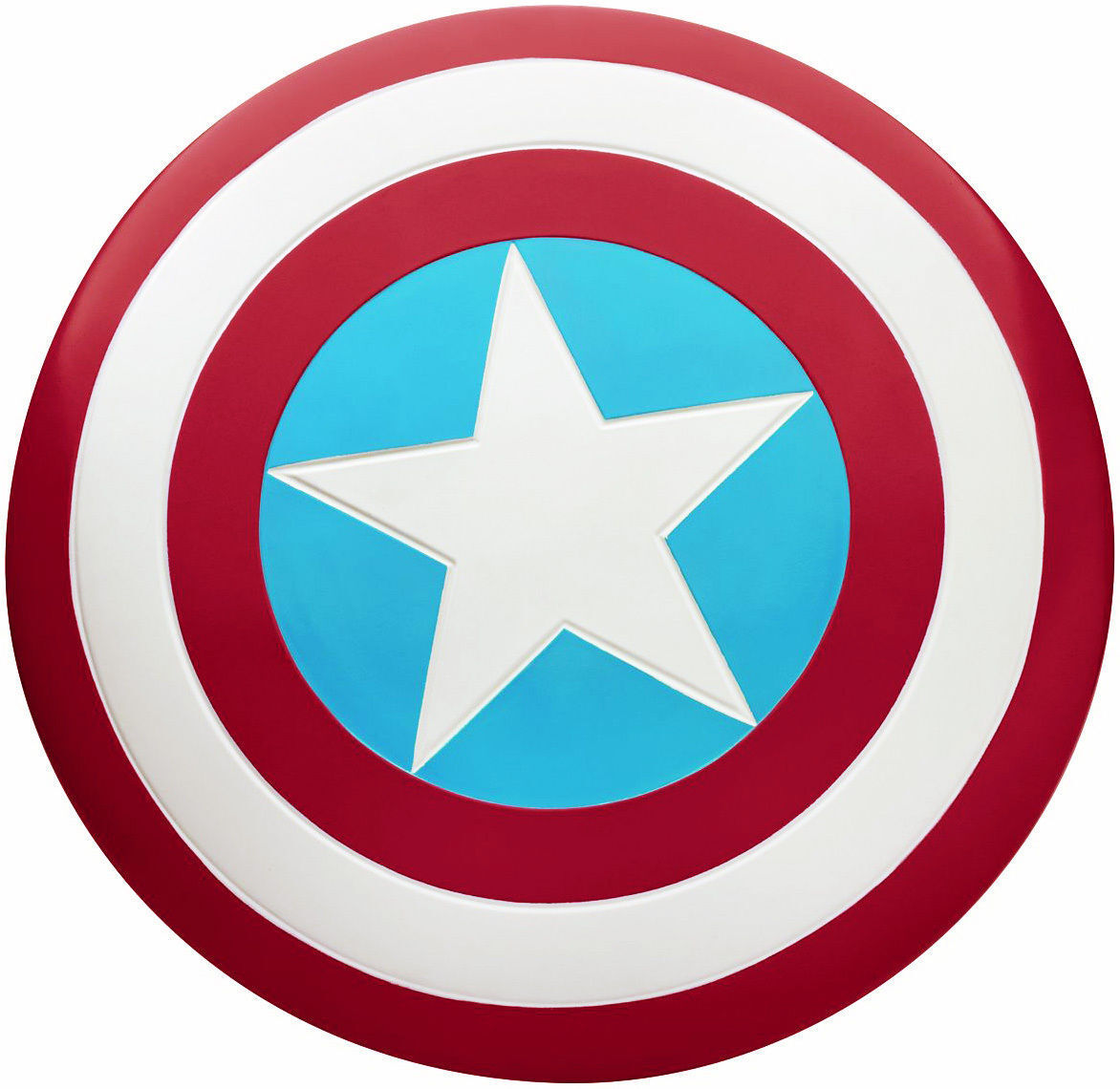 With three recent movies and a star turn in both Avengers movies, Captain America is one of the best-known superheroes in the world. All superheroes have a symbol, and for the star-spangled avenger, that symbol is his shield. Caps shield is everywhere, on peoples arms, on clothing, and even accessories.

While Cap has used different shields in his years in the comics, the basic circular design has remained iconic since the characters introduction in 1941. A relatively simple design, the shield features a white star on a blue field surrounded by three stripes in red, white, and finally red again. Its a key part of any Captain America costume.

The moment a child picks up a Captain America shield, that child becomes the Captain America in their own mind. Toy shields are often smaller than the movie and comic book originals, but feature a wide range of other features. Made from plastic, they are light enough for even the youngest child to wield for hours. Some even come with lights and sounds; one model even features a light-up white ring so you can see your young captain coming even in a darkened room.

Whether for simple decoration or full-on cosplay, there is no reason to leave adults out of the Captain America shield showcase. The Marvel Legends shield is made from aluminium and comes full-size for the dedicated fan. You can also get other costume accessories including different shields for the various movies if you want to cosplay Cap at different stages of his film career.