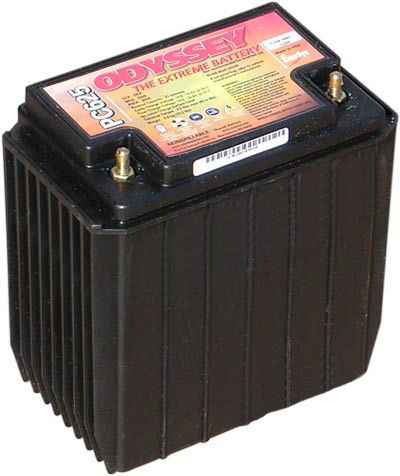 When people think of 12-volt batteries, the immediate thought is starting a car. Even though they have plenty of other uses, the first thought is always car and truck batteries. Part of it is simple familiarity; even those few people who dont have a car know others who do. In the meantime, the same basic battery technology has extended to everything from marine use to solar power installations.

The French invented first lead-acid rechargeable batteries back in 1859. They would submerge lead plates in sulphuric acid. As the battery discharges, sulphur moves from the acid to the plates, carrying charge with it. When you recharge the batteries, you simply apply current, which returns the sulphur to the acid solution by electrolysis. Despite issues like a relatively low energy density and significant self-discharge, these batteries are still used because there are no good substitutes.

Absorbed Glass Mat, or AGM, batteries use thin glass fibres to hold the electrolyte. While more expensive than flooded batteries, they can not only hold more charge, but also charge and discharge faster. They are often the battery of choice for high-end automotive makes because of their better overall performance.

Finding the right car or truck battery involves more than just making sure it fits in the engine compartment. You also want to be sure it has enough amps to turn your engine. AGM batteries will cost more, but last longer. Deep-cycle batteries may work on your vehicle, but they are better for applications where youre running on battery a lot.