Save on Climbing Carabiners 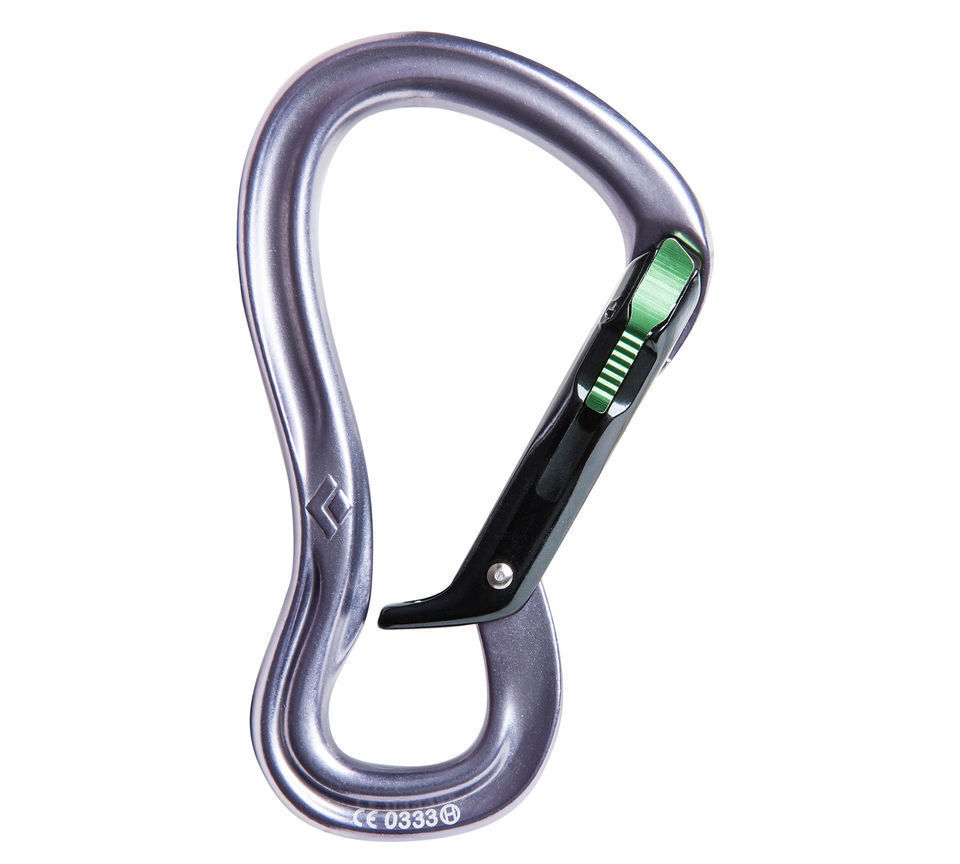 Nothing says youre a climber like a carabiner. Looking much like a snap hook, these gated metal loops are the key to safe climbing the world over. They not only support your climbing equipment, but they also hold your weight in a vertical environment. Over the years, design and material improvements have reduced both size and weight, while increasing strength.

The most common models feature a D-shape carabiner design with a longer spine than gate side. Many also feature a wider basket side. The whole purpose of this shape, as opposed to a simple oval, is to improve weight and strength. Shortening the gate side puts more strength on the load-bearing spine side, and the wider basket helps place the load on the spine. It also means you need less material for the parts that do less work. Other shapes include the original oval, and a more symmetrical D-shape.

When loading a carabiner, always make sure that it is loaded properly. A carabiner has much less capacity when cross-gated, a term that refers to having the load forces running from the gate to spine, rather than along the spine. In addition, look out for nose-hooking, where the small part that holds the gate closed is bearing the full load. This is very rare but also very dangerous.

While very common in sailing environments, manufacturers did not intend stainless steel snap-hook carabiners for use as climbing carabiners. Generally heavier, it is better to use them on the water and not out on the rocks.