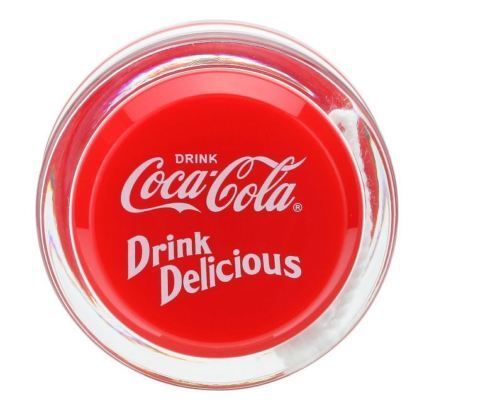 As a toy, yo-yos have been around for hundreds, and perhaps even thousands of years. Some historians date them all the way back to ancient China, though the first record of a yo-yo can be traced back to Greece in 500 B.C. Of course, finding a toy that old is not likely, but you may be able to find a mid-20th century one.

Are these collectables toys or cunning advertising?

Coca-Cola collectable advertising goes far beyond yo-yos, of course. From signs to pens and calculators, there is a considerable amount of Coke merchandise that have been released over the years. Perhaps none so popular in Australia as the Coke yo-yos though. Coca-Cola yo-yos first reached Australia in 1958. They were a promotional item, and as it turned out, an excellent way to promote Coke without having to pay for advertising. The popularity of the Coke yo-yos was boosted by expert yo-yo representatives from the company giving demonstrations in schools and even yo-yo competitions around the world.

Do you remember Coke yo-yos from your childhood?

Coca-Cola yo-yos were first released by the company, but the Jack Russell company took over production and distribution by 1961. Early on, the toys were even made in Australia. Some indicators for collectors to look for include the Russell company name, location the yo-yo was made, colours of the toy and condition. Toys made before 1980 will cost a collector a fair amount compared to one recently released, but the nostalgia factor may be what you are looking for. If so, you may also want packets of spare strings if you want to display the toys.

Are you collecting history or for the future?

Coca-Cola classic toys, such as yo-yos, are still being produced into the 2000s. If you are looking ahead, you may be interested in Coke yo-yos from other countries or ones that were made to promote special events. Some special events include the London Olympics, World Cup events, Christmas and company anniversaries. In any case, Coca-Cola is still producing yo-yos as of 2018 in a variety of colours and styles. Any collector is bound to find something that catches their fancy.