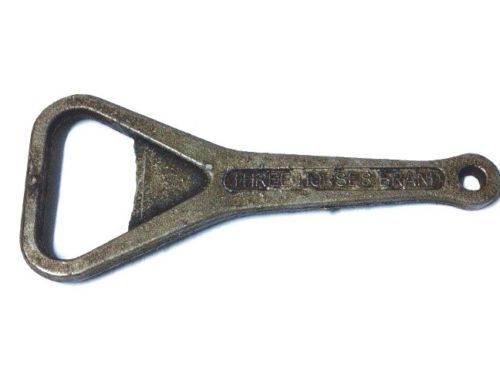 For those who collect beer-related items, having a few collectable beer openers can help to round out any set. Though the purchase of collectable beer bottles and collectable beer cans is a bit more common, a variety of options exist in the more specific area of beer openers. Beer bottles were not always easy to open with the twist of the hand. Openers were a key part of any kitchen or bar serving collection as a result.

Vintage bottle openers are perhaps the most sought after of all types. There are a variety of styles available including those that fit a keychain and others that match a kitchenware set. Some have key names on them, such as Fosters or Abbots, popular beer brands of the time. Many are steel, though those from the mid-1900s also feature plastic designs.

A popular trend beginning in the 1970s was the release of branded bottle and beer openers. This type of bottle opener was typically a keyring-style with the bright colours and wording of a companys logo. Many were made by beer manufacturers. Beer advertising bottle openers from brands such as Guinness and Tooheys are collectors items because of their unique marketing messages.

Many locations where alcoholic beverages were sold featured plaques on walls with a convenient bottle opener attached to them. Though patrons buying with a beer stein or tall glass would not benefit, bottle drinkers would have an easy time opening their favourite brews by placing the bottle against these wall plaques. They also created a secondary area for advertising.

Another collectors beer opener is one that fits on the finger. Many are made of stainless steel and feature a unique design to allow the user to flip the cap off the beer bottle. Bartenders commonly used these, but anyone who enjoyed drinking frequently enough could easily purchases these. Some older and antiqued options exist, but these tend to be a more modern invention.