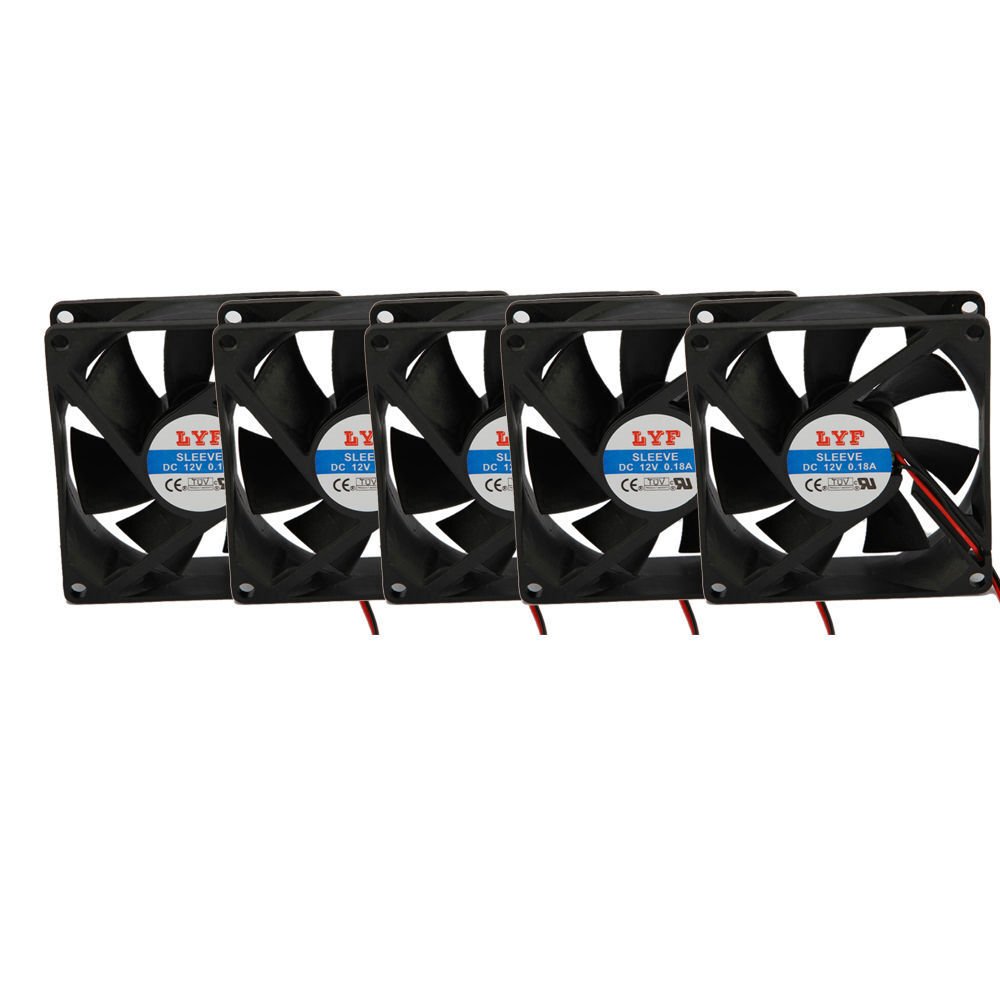 Just about every component in your computer generates heat, and if you dont get that heat out of the computer, youre going to find yourself looking at a blank screen sooner rather than later. Heat is the enemy, and for most owners, your computer case fans are your primary weapons for combating it. The more air you can get out of your case, the more heat it can carry with it.

Hot air rises, something you should remember when it comes to placing computer fans. As a general rule, you want your intake fans in the front of the case near the bottom, and your exhaust fans at the top in the rear. This sets up a natural airflow pattern of cool air coming in, rising, and then exhausting from the rear. By working with physics rather than against it, you get the most use out of your fans.

All other things being equal, a bigger fan will always move more air than a smaller one. Put another way, 120 mm computer case fans will move the same amount of air at a lower speed than 80 mm computer case fans. That makes them quieter and helps extend their life because its easier on the bearings. In general, its more important to get the fans in the right place than it is to hold out for computer case 120 mm fans.

Different fans have different kinds of bearings. The simplest are sleeve bearings, where two lubricated surfaces rotate past each other; they are inexpensive but only last as long as the lubricant. Ball bearings last longer but are usually more expensive. Two other options are fluid and magnetic bearings. Both are more expensive than sleeve bearings, but they perform better.

Dont let dust build up in your case; its a sure system killer. Not only can it get in the bearings of your fans and stop them in their tracks, but it can also lead to unexpected short circuits that can fry delicate system boards. Worst of all, dust can just lay there like a thick blanket to keep the heat exactly where you dont want it.