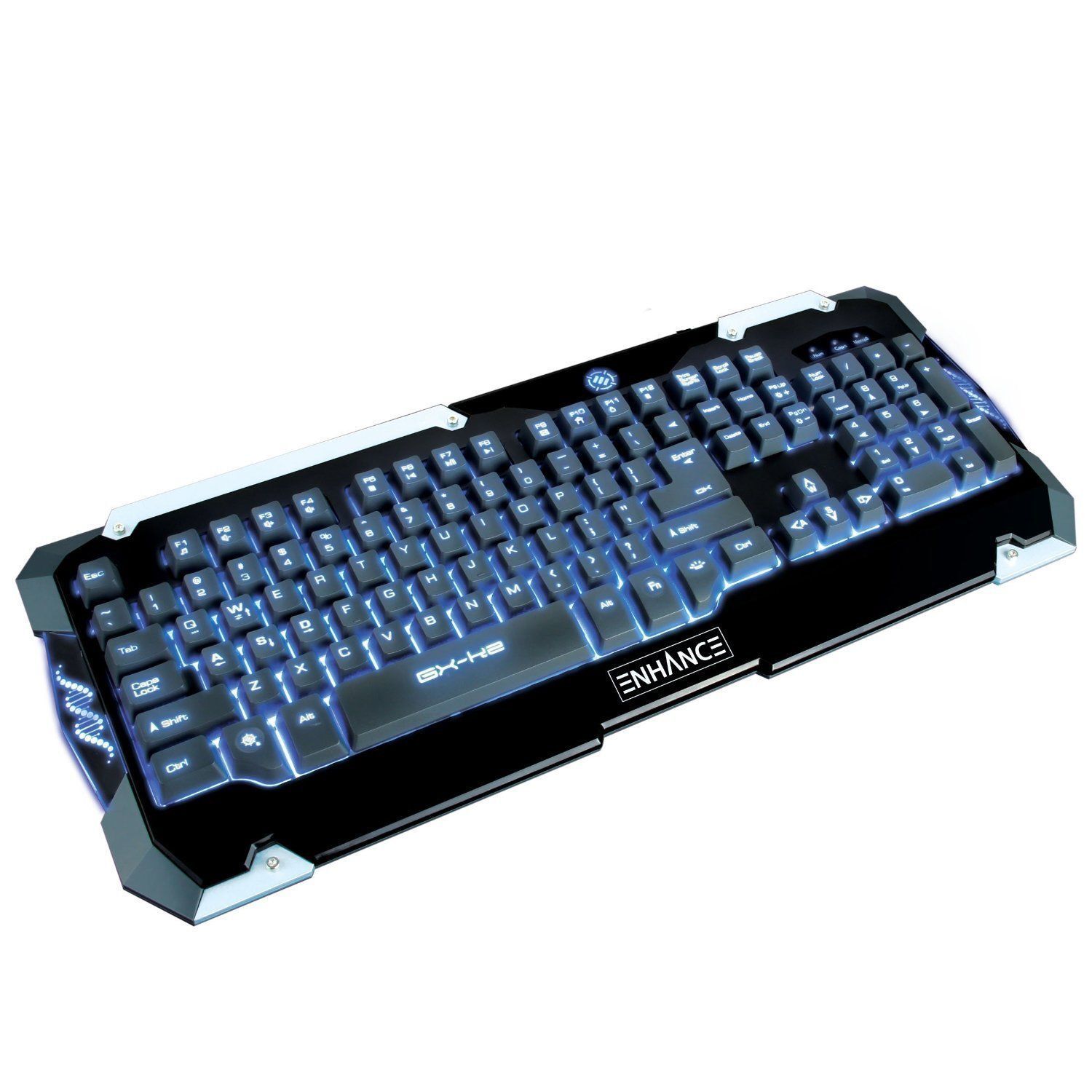 While it may not seem obvious at first glance, the humble keyboard is probably the most important gaming peripheral you can own. Its reached the point that some games, such as Overwatch, have been seeing complaints that using keyboard and mouse even on a console provides an unfair advantage over players using a dedicated controller.

While the original reason behind gaming on a keyboard was simply that the computer already had one, so it made sense to use it; thats not the only reason. One of the biggest advantages keyboards have over other controller types is the sheer number of keys. With over a hundred keys on most keyboards, its easy to offer very complex control schemes based around pressing one or more keys. Add in the number of features many manufacturers add to dedicated gaming keyboards and its easy to see why they are so popular.

For many gamers, the one must-have for any computer keyboard is a mechanical switch design. Mechanical computer keyboards and keypads are more expensive because of the switches, but they are also more precise and durable than membrane or dome keyboards. With unmistakable feedback from every keystroke, these keyboards offer the feedback you need in the middle of even the fiercest gaming session. They do require a bit more effort than dome keyboards, but its worth it.

Theres a stereotype that many gamers play in the dark; and like many such statements, there is an element of truth to it. The big reason for playing in the dark is that its easier to concentrate on the screen when there are fewer distractions. Unfortunately, sometimes you need to be able to see which key youre pressing, and monitors just dont supply enough light. illuminated computer keyboards and keypads get you over that hump by showing you where each key is so you never lose your bearings.

There are so many options for gaming keyboards that sometimes its hard to make a choice. You can get ones with programmable keys, secondary displays, and even built-in settings for popular games. The thing to remember is that it all starts with the keys. Find one that feels right for you and then go from there.