Shop by Capacity per Module

Showing slide {CURRENT_SLIDE} of {TOTAL_SLIDES} - Shop by Capacity per Module 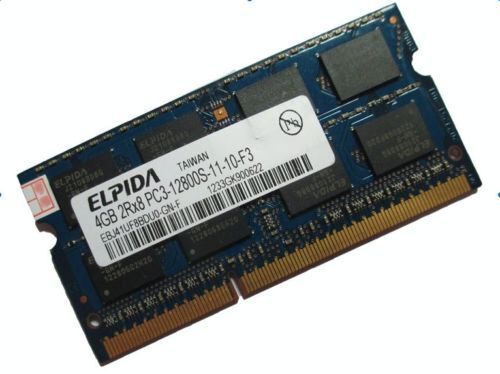 Computer memory (RAM), or random access memory is one of the most important factors for computer performance. In many cases its more important even than your CPU. Thats because your RAM feeds your CPU with data to work on. As long as you have enough RAM for all the applications you use, you can keep your computer busy. If you dont have enough RAM to feed your processor, its like spinning your tyres: a big number on the speedometer but you arent getting anywhere.

Although DDR4 is becoming more popular, most computers use DDR3 SDRAM memory in either DIMM form for desktops or SO-DIMM form for laptops. DDR3 SDRAM memory replaced DDR2 SDRAM memory and features both a lower voltage and higher transfer speeds than its predecessor. On the whole, thats been the pattern for RAM for years; each new standard uses less power and transfers more data than the last. Its one reason why computer performance continues to improve.

The most important thing to remember about installing RAM is that the wrong kind of RAM wont physically fit in your computer motherboard. With different pinouts and keyed slots, its impossible to install incorrectly. One thing you should check is whether you have single or dual-channel RAM. With single-channel memory, all your RAM shares a single connection to the processor; dual-channel memory has two connections in parallel so it is faster.

Choosing How Much Memory

The more you do at once with your computer, the more RAM you need. A person who does one thing at a time is going to do just fine with 4 GB of RAM. Most gamers and multi-taskers can get away with 8 GB just fine. You need to be a real heavy user to need more than 8 GB; but if you are regularly getting warnings that your computer needs to close some programs, you might want to go up to 16 GB.

While modern computers can often take advantage of all the RAM they can physically hold, thats not always the case for older computers. Any computer running 32-bit Windows is basically limited to 4 GB of memory, even if the same computer could use more RAM just by upgrading the operating system.