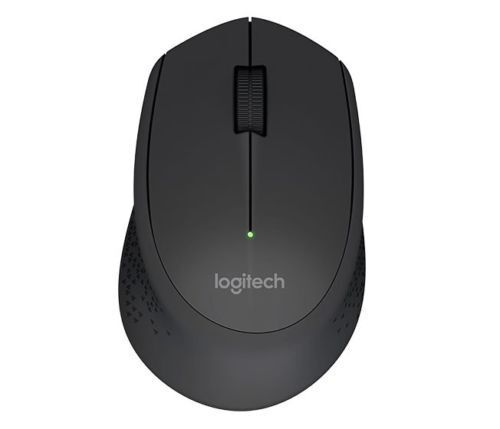 The terms "computer mice, trackballs and touchpads" are collectively known as pointing devices, and all provide a means of moving a pointer or cursor around on a screen, to click, select icons, and provide a myriad of other functions.

For classic desktop PC users, computer mice remain the most common and popular choice, despite their at times temperamental need of a suitable surface; for this reason, there are plenty of people who would never use anything other than a trackball. Touchpads somewhat constrict the arm and elbow, requiring the users hand to be poised on a mid-point of the keyboard.

Wired computer mice, trackballs & touchpads have been the default option for many years, but now computer users have a choice, with wireless computer mice, trackballs & touchpads becoming more prevalent and cheaper than ever. Wireless pointing devices have the obvious benefit of eliminating the tripping hazard and nuisance factor caused by the cord, while also offering greater options in terms of placement of the device on the desk or workspace. On the other hand, wired pointing devices are typically thought to be more reliable in the long-term, and do not require batteries or charging.

Choosing the Right Computer Mouse or Trackball for You

A computer mouse is such a popular gadget that many people install a mouse when using a notebook or laptop, even if a touchpad has been installed as standard. But not all computer mice are suitable for all people, and comfort is a key concern. Traditional computer mice typically come in a teardrop shape and are symmetrical on each side. Available in a variety of sizes, computer mice should be specifically chosen to fit the unique hand size and shape of every user. Trackballs are not moved, but manipulated by the user’s fingers and thumb. Computer mice require the hand and wrist to move.