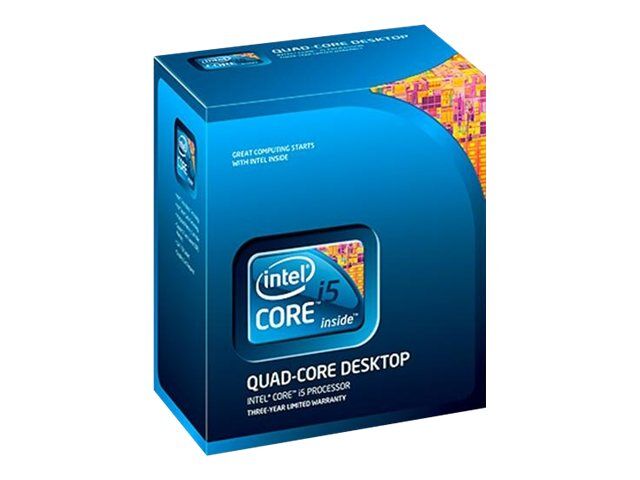 Easily one of the best gaming computer processors released at the time, 4th gen Intel Core i5 processors have built-in security for increased protection. This CPU delivers an amazing performance, with stunningly rich visuals, plus automatic bursts of speed whenever you need. Sound like something you want to add to your tech stack? eBay can help you do that with a great selection of powerful pieces.

If you are using your PC for heavier load operations like gaming, video editing or graphics design, the most essential computer component or part is going to be your processor. Making an investment with the right high-performance processor for your computing needs is the best way to ensure that your machine will always be working at its optimum ability.

Also known as H3 or as LGA1150, which is short for a Land Grid Array with 1150 land contacts, this Intel i5 4th Gen CPU was first introduced back in June 2013. This Socket 1150 CPU is compatible with 4th and 5th gen Core processors for desktops, as well as Xeon E3 v3 and v4 processors for servers.

Part of the codename Devil’s Canyon product line, the Intel Core i5-4690K processor, has remained a decent mid-range CPU choice for the average consumer. This CPU still supports 32 GB of RAM and has a 3.5 GHz base clock which can be boosted to 3.9 GHz, which means it is more than sufficient for gaming.

If overclocking isn’t one of your driving concerns when you are building your PC, the Intel Core i5-4690 works with LGA 1150 mainstream motherboards and comes with four cores as well as four threads which makes it one of the best options you can get.

Search the range of Core i5 4th Gen LGA 1150 or Socket H3 CPUs available on eBay today and launch your PC into another world.