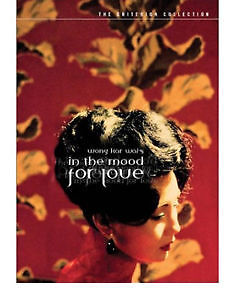 Many widely regard the Criterion Collection of films as a selection of the finest films in history. Criterion selects films, often restoring them for older titles, and releases them on Blu-Ray and DVD. They also include special features like commentary, and nearly all of the films are in letterbox format. They have developed a cult following and are famous as the standard for which people should memorialise films.

In 1998, Criterion began releasing films in DVD format. Prior to that, they had been using laserdiscs. They added Blu-Ray to the collection in 2008, although both formats are still available. Blu-Ray showcases HD, or high definition, resolution, and they only play on Blu-Ray compatible devices. DVDs have a lower resolution and less storage space per disc, so Criterion often releases movie editions with DVD double discs to include bonus features. Criterion will also improve their own DVDs, releasing them at a higher resolution on Blu-Ray.

Criterion is extremely selective in its choice of actors, directors, writers and producers who provide commentary for a film. They select people who were deeply involved in the process and have insight into both the making of the film and its interpretation. Other special features can include trailers, alternate endings, cut scenes and documentaries on the films. These vary depending on title, and Criterion chooses them carefully, just like the films themselves. They also release Special Edition DVD and Blu-Ray movies to commemorate certain films, so you can sometimes find multiple Criterion editions of the same film.

The Criterion Collection has released about 1000 DVD and Blu-Ray movies. While they originally began with American movies, they now feature films that many widely consider important across the globe. As some films licenses with Criterion have expired, the brand no longer produces certain DVDs and Blu-Rays. Many would consider these to be Collectors Edition DVD and Blu-Ray movies, alongside other titles that are more difficult to come by.

When Criterion selects a movie for release, they are saying that this film matters. Whether it is a classic or a movie that changed the way modern cinema operates, they choose each film with care and great consideration. Criterion was an early adopter of the letterbox format because it preserves all of the film, rather than formatting to fit a television screen. Their championing of this feature led other distributors to see its importance. Criterion movies have even grown to appear in streaming services, like Hulu, proving that they are not just for film buffs, but also for a wider audience of people to enjoy.