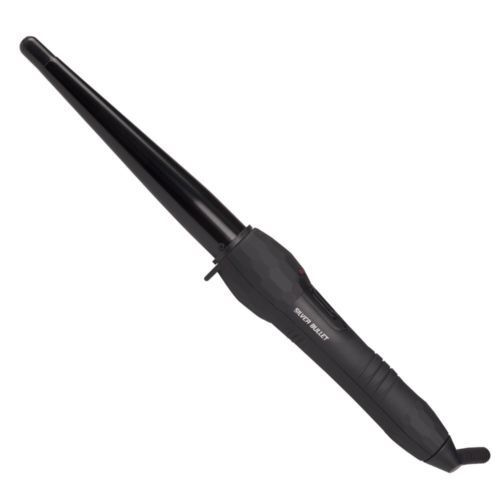 Curly hair is like something magical, which is why these are called hair curling wands. But they’re also called styling wands or simply called hair wands. Others might know them as hair straighteners, but they’re all more or less the same thing. Hair wands allow you to straighten or curl your hair as you see fit. Anyone can use one right out of the box to get a nice bunch of curls, but in the hands of an experienced user they really become magic.

Curling wands aren’t exactly the same thing as curling irons. Irons can be used for tight, even curls and ringlets, whereas curling wands are more suitable for making natural-looking waves. Curling irons provide an even surface for consistent results, whereas a wand is often tapered so your waves aren’t all exactly the same. To further complicate things, some wands and irons can be used to straighten hair as well, and there are also straightening brushes that likewise use a heated element.

Hair wands come in different materials, chiefly ceramic, titanium, and tourmaline. Tourmaline hair wands use ground up tourmaline applied as dust to a metal element. Tourmaline wands can achieve the same results with less heat, meaning your hair isn’t as likely to be damaged. The elements on titanium curling wands and irons heat up fastest of all, and transfer heat faster. They are more suitable for thicker hair. For finer hair, you’re better off with gentler ceramic curling irons or wands or tourmaline ones. There are also a number of brands available, such as Muk, Remington, or Wahl.

To further refine the choices, a lot of wands have different options and features available. Interchangeable tips are a common one, allowing different types of use and different effects with the same device. Adjustable heat settings and auto shut-off help protect your hair from being damaged by too much heat.

Shop hair curlers, hair rollers and other hair accessories and style your hair the way you want to. We’ve got you covered with Afterpay, meaning you can get your hair curlers online now and pay it off with 4 interest-free payments over 8 weeks.