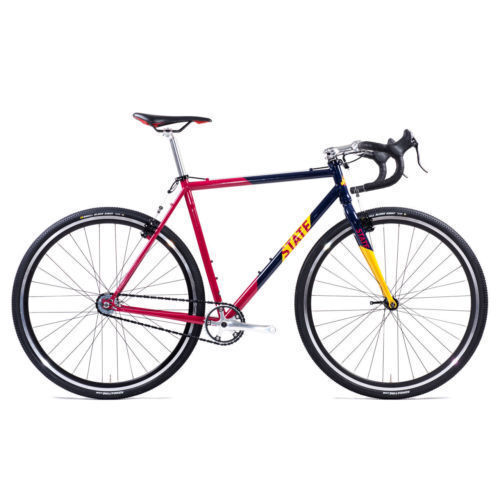 What to look for in a cyclocross bike

Cyclocross racing or also known as CX racing, originated in France in the early twentieth century. Cyclocross bikes are like standard racing cycles with dropped handlebars. However, cyclocross is not road racing, but a sport that takes adapted road bikes off road for a ride through muddy fields and tracks, over fences and obstacles, and down slopes and steps. Races characteristically last for 60 minutes over distances between 2.5 and 3.5km long. Fundamentally, the cyclist must dismount and sling the bicycle over their shoulder to carry.

The sport quickly became popular throughout the rest of Europe. It has also now exploded in both the US and Australia.

A cyclocross bike is designed specifically for this form of racing. It must be fast, designed for challenging terrains and light enough to carry.

They generally have large and wide tyres, like a mountain bike to tackle bumps, re-routed cables to prevent mud from clogging them, and improved braking power from disc brakes. The frameset must be light.

Some cross bikes will have rack, mudguard and bottle mounts which are okay for the work commute, but a racing cyclocross bike does without.

So, before you buy, consider if your new bike will be used exclusively for racing. Another innovation is gravel bikes, which are faster than a mountain bike and more durable than a road bike, but are less racing-oriented than cyclocross bikes and designed for lengthier stays in the saddle.

For serious racers, other matters are crucial, the chainset should lower the gearing making it easier to ascend hills and produces speeds which are a lot slower than road bikes. Cyclocross bike tyres are usually supplied tubeless, which has the benefit of producing a lower pressure for better traction. Another consideration is the chainring which can be double or single. Both have pros and cons depending on the terrain.

Shimano Tiagra, SRAM and Jamis are manufacturers that consider all these elements for the serious or casual cyclocross racer.