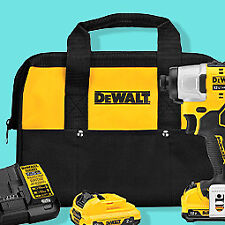 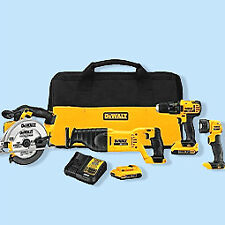 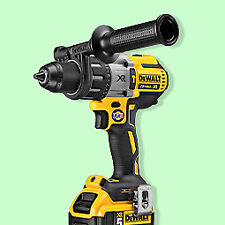 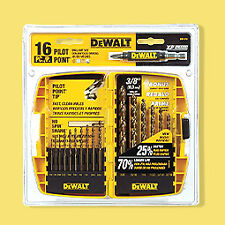 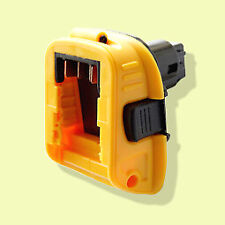 DEWALT, an American tool designer and manufacturer, has built a reputation for building durable and reliable power tools for both industrial and everyday use. The enormous range of DEWALT power tools includes DEWALT reciprocating saws, hammer drills, chainsaws, and grinders. Alongside the power tools, DEWALT has also released an array of cordless power units and DEWALT power tool combos to compliment your power tool collection.

Instead of relying on petrol or diesel combustion engines, DEWALT tools use lithium ion battery power units. These power units are rechargeable and compatible with the entire range of DEWALT tools, ensuring that you are spending less on power sources for your tools and giving you the flexibility to use whatever tool you want, when you want. DEWALT power units cannot be overcharged and their energy-dense design means that you can use your power tools for several hours before the unit requires recharging.

Enjoy the durable feel and look of all-metal, instead of nylon, bearings and stainless steel body construction. Despite the extra weight, the quality build construction of DEWALT power tools will ensure that you have a firm, comfortable grasp on your tools during operation. The use of carbide blades in DEWALT’s saw-based power tools also leads to smoother and more professional cuts.

DEWALT power tools have demonstrated higher torque and higher rpm levels in comparison to other brands in the power tool market. For instance, DEWALT drills, which use 20 V batteries, registered significant torque improvements when benchmarked against DEWALT’s competitors. The powerful 3-speed motor used in hammer and right-angle drills further increase the speed and precision of DEWALT drills.

If you’re involved in DIY or industrial work, DEWALT power tools can help you get the job done smoother and faster. Whether you’re working with metal, wood or landscaping, DEWALT’s cordless power tools make it easier to move around your jobsite and work in hard-to-reach areas.