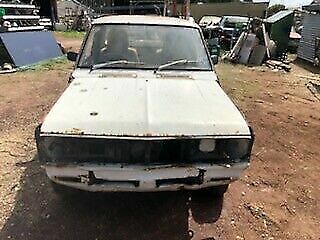 Make every journey an adventure with a Datsun

Tackle your adventures across Australia head on with a Datsun. Datsun have been in production since 1931 and have created many exciting models over the years. Classic Datsuns turn heads and give you many miles of enjoyment.

The Bluebird is a long-standing Datsun model and probably the most recognisable from the manufacturer. During the 1960s it represented a real change for the marque, taking inspiration from the Austins of the time. Through the P410, P411, and R411 versions, Datsun was particularly noted for its chassis production, which was done in a unitary construction method. This led to improvements in mass construction and standardisation, particularly around weight and rigidity, which drivers of these cars will appreciate.

Throughout the 1970s Datsun continued development at a rapid pace, so cars from this era are varied. Cars among the 1600 range deliver great performance and are incredibly popular, just like the family-focused Datsun Six, the luxurious 180B and 200B models, and the Skyline.

If you are looking for something a little more modern, the Datsun Go might be up your alleyway. The Datsun Go is a compact city car with a 1.2 litre engine and five-speed gearbox. A far cry from the stylised vehicles of the marques past, it is nevertheless a decent small vehicle. Datsun is now also in the crossover sector with the redi-Go, and the Go+ is the manufacturers MPV. These small cars are accessible entry-level vehicles that offer efficiency in a simple package that is ideal for those who just need to get about on short, regular journeys.

Datsun cars can be racy, sturdy, fun, or a little bit of everything. Choose from collector cars or newer editions. The Datsun Patrol was sold under the Nissan name when it was released, so you may find it labelled as a Datsun Patrol Nissan. Famously built like a tank, but made to feel like a car, the Datsun Patrol Nissan is a solid option for all adventurers.