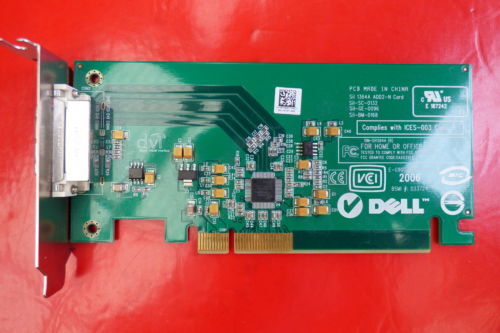 One of the best things about personal computing is that most all of the parts are user replaceable. With just a little research on the web, you will usually be pointed in the right direction when troubleshooting a particular issue. The sheer upgradeability of a desktop or even some laptops not only allows for customisation but also future-proofing your system with performance-boosting hardware as well. If you need a fix or an upgrade to your Dell, there’s sure to be some suitable Dell computer parts you can buy.

Dell manufactures its own motherboards on some desktops and all of its laptops. Dell motherboards are the main component of any computer from the brand. It is what houses all the other components like the graphics card, RAM, processor, and the hard disk, to name a few. You can easily repair preconfigured desktops like the Dell Optiplex 9020 with a motherboard replacement if you’ve tested every other component and an issue still persists. Laptops like the Dell Alienware 18 R1, however, use a mainboard, which is specifically designed for that model.

Dell power supplies for desktop computers are easily user-replaceable. They are extremely important components because they provide electrical power to each computer component, and these require very specific voltages. A power supply failure can spell death to parts like the RAM and graphics card; the latter is easily the most expensive component in your system. As for portable systems, Dell laptop chargers act as external power supplies to juice up the battery, so a simple replacement often fixes the issue with a dying laptop power brick.

Many power users are staunch believers in the power of an SSD upgrade. An SSD or solid state drive is a storage device just like your hard disk but does not have any movable parts; it relies on memory chips to manage data, instead of traditional magnetic plates. These drives give even an aging system a significant boost, so it is always worth a try. SSDs cost more per GB than HDDs, but the speed bonuses outweigh the cons, especially on desktops where you can often use multiple disk drives for the system.