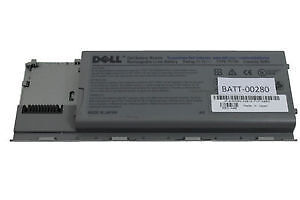 Laptop batteries inevitably lose capacity over time, and often expire long before the rest of the computer. Dell Latitude batteries allow you to give your Latitude laptop a new lease of life.

Dell’s Latitude line dates back over 20 years to the release of the Dell Latitude XPi P133ST in 1996. As Dell’s major line of business-oriented laptops, the Latitude family has had many members added to it over the years, up to and including their current set of 3000, 5000 and 7000-series models. Dell sells a wide range of spare parts for its current line of laptops, including batteries for recent Latitude laptops. Note that some Latitude laptops are compatible with some Dell laptop batteries but not with others. For example, the Dell Latitude E5420 can be equipped with their 87 WHr 9-Cell Primary Lithium-Ion Battery, but is not compatible with the 97WHr model.

While Dell continues to produce spare batteries for its latest Latitude laptops, older models are no longer supported. If you need a Dell laptop battery for an older machine, turning to third parties is the only way to go. Some companies sell genuine archival Dell batteries that did not sell during the period when Dell was producing them. Others make their own batteries that are designed to fit Dell laptops. Buying third party laptop batteries can be difficult, and users will need to make sure that the battery is compatible with their specific laptop. However, it can be a much cheaper option than buying first party replacements, and in many cases it is the only way to find a new battery for an older laptop.

Dell’s Latitude family is far from their only line of laptops. Other major lines from Dell include the mass-market Inspiron, the high-performance XPS and the gaming-focused Alienware line. As with their Latitude line, Dell manufactures spare laptop batteries for the latest models in these families, including Dell Inspiron batteries and Alienware batteries.

Spare batteries allow you to replace batteries that have lost capacity, but they will not extend the range of a new laptop. If you need extra power for spending long periods away from a socket, you need a power pack. External batteries like Dell’s Power Companion are compatible with some Latitude laptops and provide hours of extra runtime. Laptop power packs are also widely available from third-party manufacturers, with a wide range of different designs, charging rates and power capacities available.