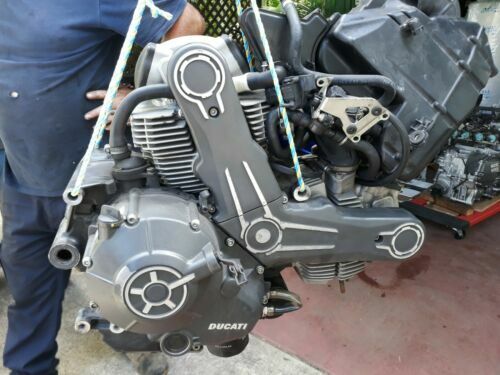 Ducati is no doubt one of the prominent brands in the motorbike industry, garnering a reputation that’s beyond reproach, not only for its powerful superbikes but also for its past ventures as producers of economic bikes fit for the masses. The company made a splash in 1950 with the invention of the Ducati Cucciolo, which was a pioneering motorised bicycle that had a clip-on four-stroke engine that became such a popular road bike that its early production facilities could not meet demands.

There are six categories of Ducati motorcycles, each with their own signature design and engineering elements that set them apart from each other. These include the Diavel, Hypermotard, Monster, Multistrada, Superbike, and SuperSport series of Ducati bikes. The Diavel prioritises low-speed riding with its line of cruisers ideal for cross-country road trips. The Hypermotard is a supermotard range of Ducati electric start road bikes, which are lightweight and fast, but can take a beating on three-course tracks. The Monster line has impeccable safety, engine power, and handling, while the Multistrada makes for a great touring bike. The Superbikes are essentially road-legal racing bikes that you can take onto the track whenever you so wish, and the SuperSport line is equivalent to that of luxury cars, thanks to outstanding design and even more impressive performance.

The Diavel Carbon is a more stylised version in the Diavel series. It features carbon fibre elements to decrease weight and ultimately increase performance. It is a Ducati bike with tons of attitude augmented by its forged Marchesini wheels, which give it a sporty look. Coupled with Zircotec-coated exhaust pipes and aggressive headlamps, this bike simply oozes style.

Ducati is known for its high-performance machines meant for racing. The Panigale R gives you the thrill of the track with a 205 horsepower engine capable of quick throttle response, owing mainly to its ultralight engine components that keep the bike zippy, even with its powerful and sophisticated components. A dedicated lithium-ion battery also powers the electronics and calculation modules so you get accurate readouts as you race to the finish line.