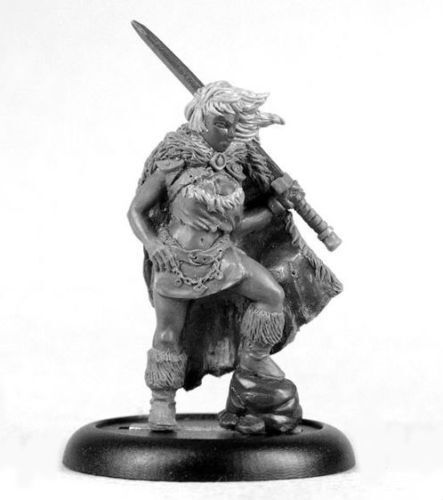 Unless you’re still on fourth edition, you don’t necessarily need miniatures for your Dungeons and Dragons game. However, having an awesome selection of miniatures for your heroes, villains, and monsters is an awesome way of setting the scene, not to mention they’ll look sweet on the shelf in your gaming den.

A Fantasy World of Choice

Wizards of the Coast’s roleplaying game is arguably the biggest, most culturally relevant game of its kind. It is now in its fifth official version, and thanks to the Open Gaming License, numerous other publishers have been able to contribute to and spin off from Dungeons and Dragons. Likewise, there are a lot of Wizards of the Coast Dungeons and Dragons miniatures, but an equal number from other manufacturers. Some of these come pre-painted, like ones Wizards of the Coast puts out, while others are just bare plastic and really allow you to flex your hobby muscle.

The term miniature is pretty self-explanatory; it’s a miniature version of a character or creature, which in the case of D&D doesn’t actually exist in the real world. Some of those monsters and characters are huge in the world of Dungeons and Dragons though, and so they’re huge on your table, for miniatures anyway. Some of the most famous examples are the limited edition Great Wyrm figures, which tower over the party. There are plenty of less famous monsters that are significantly bigger than the player character though.

A World of Fantasy

There are a thousand different ways to play Dungeons and Dragons. You can play in Eberron, or Greyhawke, or the Forgotten Realms or any of dozens of other fantasy realms. Perhaps the most exciting option is to make up your game world from whole cloth. That does mean it’s harder to source appropriate miniatures though, and you may have to start looking at miniatures from other games to get something suitable for your game.