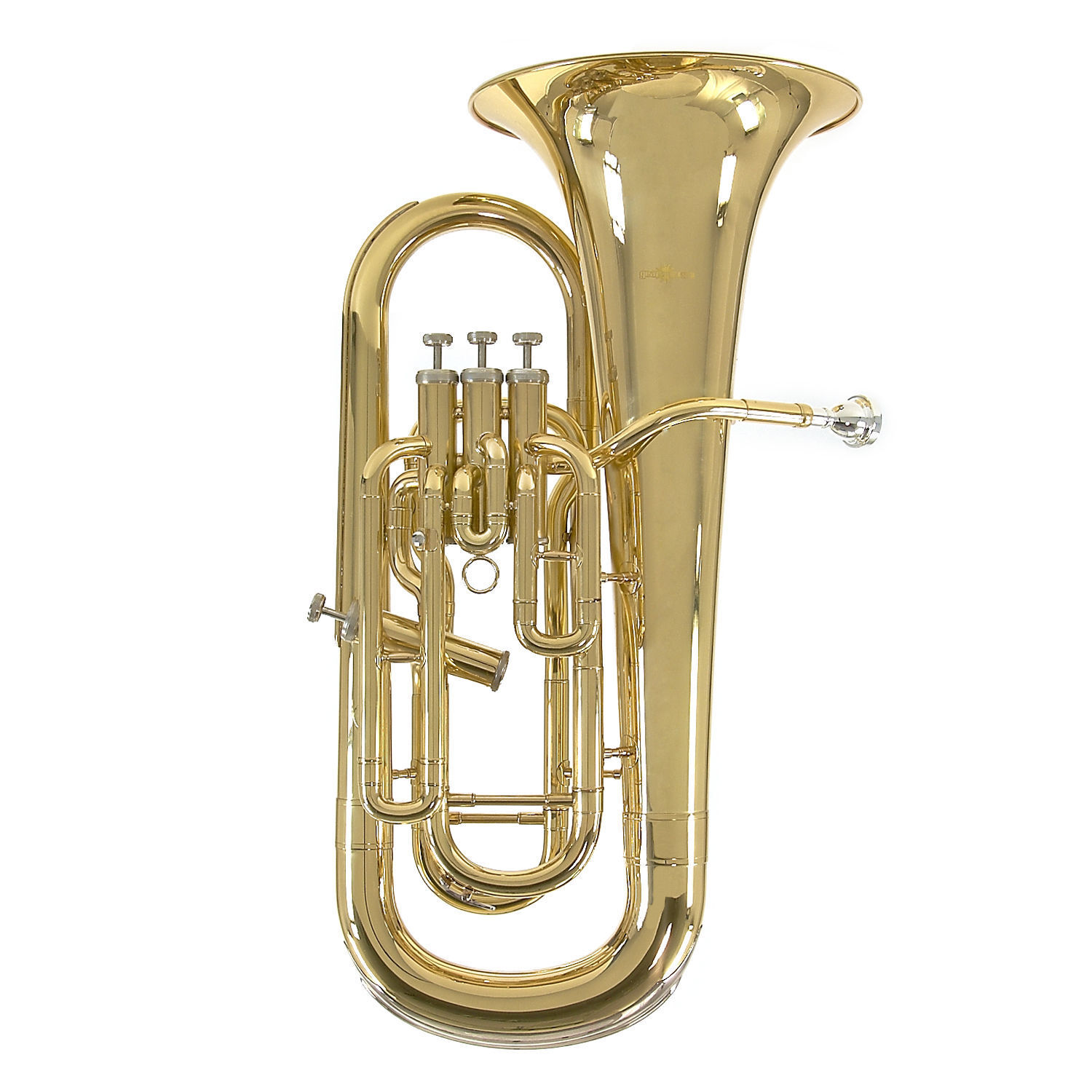 The euphonium is one of the less common brass instruments, but it is still a popular instrument in brass bands and marching bands. It is a fun instrument in its own right as well as a great introduction to brass for students who want to eventually move on to the larger, heavier tuba.

The euphonium is a large instrument in the brass family. It resembles a smaller, higher-pitched version of the tuba. The euphonium is a baritone instrument and typically pitched at concert Bb. It is also sometimes confused with the baritone but whereas the baritone has a more cylindrical bore, the euphonium is more conical and produces a warmer sound. While three-valve euphoniums exist, they are more commonly made with four valves, a further point of distinction from the baritone. Euphoniums are often used in brass bands, including marching bands, and occasionally figures in orchestral and jazz music.

While euphoniums function in the same way, there can be large differences between different models. Beginner euphoniums are typically much cheaper than professional euphoniums, and are made from less expensive materials with more tolerant manufacturing processes. One particular area of difference is the finish. A beginner instrument is likely to be plated with lacquer or nickel, while professional euphoniums can be plated with real silver. There are also both four-valve and three-valve euphoniums. Adding the extra valve allows the player to use a greater range of partial tones and also leads to better intonation, particularly at the lower end of the euphonium’s range.

You can’t fit a euphonium in a backpack. Euphonium cases and bags provide an easy way to carry your instrument around while also protecting it from harm. Soft-sided bags are lighter, more portable and often less expensive. Hard cases made from ABS plastic and similar materials are less convenient to carry around but provide a lot more protection against impacts. However, some soft-sided cases feature a rigid bell board to guard the instrument’s bell. Another essential euphonium accessory is the mouthpiece. Euphoniums support interchangeable mouthpieces and mouthpieces vary in size, allowing the musician to choose the one that suits them best. The shape of the edge can also vary. Rounded edges are more comfortable, but sharper ones provide more tonal control.

The most similar common brass instruments are the baritone and the larger, deeper tuba, as well as the higher-pitched tenor horn. Other popular brass instruments include French horns, trombones and of course trumpets.