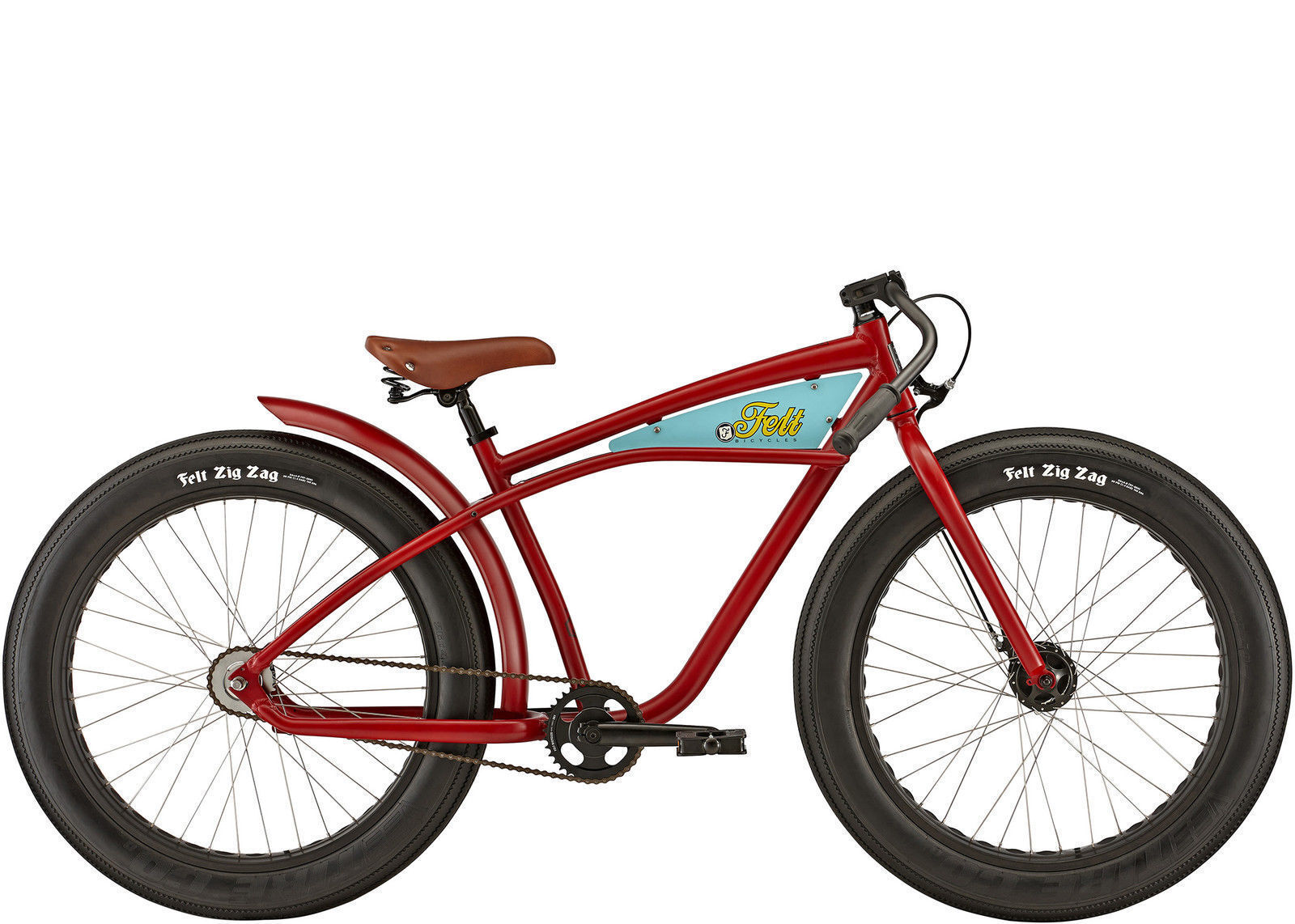 Felt Bicycles is a brand of bikes founded by Jim Felt in 1994. The Felt Bicycle brand has gone through a couple of iterations since its humble beginnings to become one of the most renowned bike brands in the world today. The bicycles are a product of their founders engineering background and aerodynamic wizardry, coupled with his passion for innovating and building the lightest, fastest and strongest bike on the market. If youre looking for a bike with a solid team of intuitive design engineers behind it, then have a look at Felt Bicycles.

Felt road racing bicycles come in several versions, all of which offer superb design and incredible performance for the dedicated road racer. The racing bikes are built and designed for riders looking for the best in utility, speed and intuition, and are some of the top-performing bicycles in the world. When you buy a Felt road racing bicycle, you know you own a type of bike that has been a winner at some of the most popular bicycle race events around the globe.

Felt bikes have achieved a strong reputation for being high-performing time trial triathlon bicycles. Indeed, Felt time-trial triathlon bicycles have been ridden by some of the industrys most eminent bike racers at various prestigious bike-racing events around the world. The bikes are built for maximum aerodynamic efficiency and handling to deliver peak performance in just about any situation in which a rider finds himself.

Every aspect in the design and manufacture of Felt bikes is rigourously tested and refined for ultimate performance, and Felt bicycle components and parts are no exception. For example, the AR FRD and AR1 framesets are constructed for maximum aerodynamics and performance. Even the seat post on the AR FRD is designed to eliminate vibrations and allow riders to adjust to their ideal riding position.

What makes Felt bikes special is their unique design methodology and engineering practices. Unlike conventional testing bikes in a wind tunnel, Felt bikes develops its bikes in the wind tunnel. What this means is that prototypes of Felt bikes undergo a rigourous process of wind tunnel tests and refining before the final design is complete. Only when the engineering team has achieved a superior-performing prototype bike do they begin its manufacture.