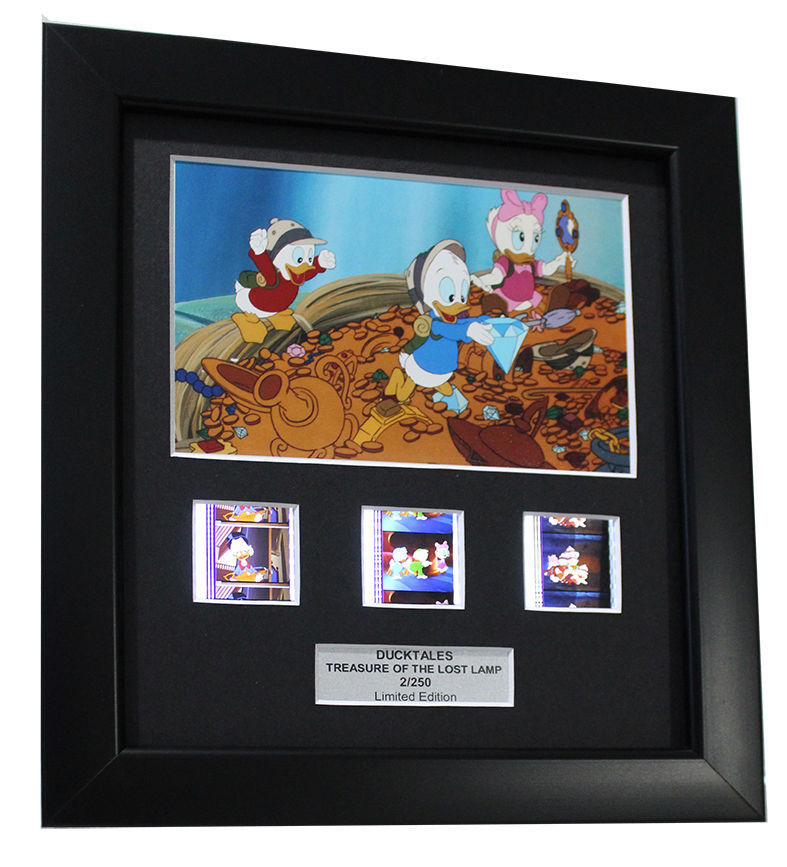 Film cells cut from original film stock are a great piece of memorabilia for collectors. Cells are available from a wide range of popular films.

What Is A Film Cell?

For most of the history of cinema, filmmakers recorded the action on film. Video film consists of a long strip of cells, each of which is exposed in turn to create a series of still images. Film cameras would expose around 24 cells per second. When those cells were played back through a film projector at the same speed, the speed at which each image is replaced by the next fools the brain into believing that it is seeing a single moving image, a phenomenon called persistence of vision. A feature length film is made up of tens of thousands of these individual cells. Collectible film cells are genuine still images cut from these reels of film. Today, though, film studios are beginning to abandon 35mm film in favour of a purely digital approach, meaning that film cells cut from the original stock may quite soon no longer be produced.

Because film cells are pieces of movie memorabilia, they are often not sold as-is. Many producers of memorabilia will mount film cells in frames to give them the special presentation that they deserve. These often contain multiple cells from the same film and may come with a certificate of authenticity and a limited edition number. Some cells are also framed alongside other memorabilia such as small-format movie posters.

A related piece of movie memorabilia is the movie trailer. These are the original trailer reels shown before the feature film back when reel projectors were still used in cinemas. Trailers may come in scope or flat aspect ratios depending on the shape of the projector lens that they were intended to be played from. Flat is a taller, narrower aspect ratio, while scope is shorter and wider.

Film fans are not limited to individual cells or trailers. There is a huge amount of other movie memorabilia to choose from, particularly for popular and classic films such as Star Wars or Spartacus. Movie scripts are a common and popular collectible, especially when they were actually used during production. Autographed movie posters and stills are also widely available, as is original merchandise for many blockbuster titles.