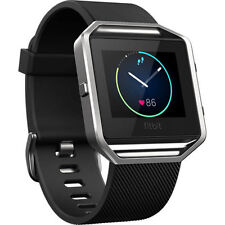 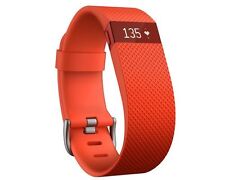 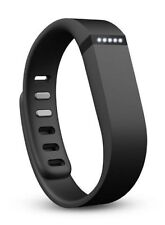 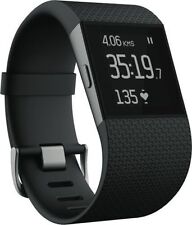 This California tech company produces the famous Fitbit activity trackers. An activity tracker is a Wi-Fi or Bluetooth enabled device, which you wear on one or, both wrists. Throughout the day, it monitors the number of steps you take, using an on-board accelerometer, as well as your heart rate, and thereby calculates the number of calories youve burned.

Most also tell the time, doubling as a watch. Some fitness activity trackers have an onboard GPS, but most can sync with your smartphones GPS to track your actual distance walked, jogged or run. Many fitness apps can incorporate this data into a personalised exercise plan. However you choose to track your activity, there is bound to be a Fitbit for you on eBay.

Available in black or stainless steel, the Fitbit Alta HR incorporates the PurePulse heart rate monitor, auto sleep tracking, various alerts from your phone, and SmartTrack automatic exercise recognition. It can also be configured to issue automatic reminders to move, at automatic, or scheduled times. The Fitbit Alta HR has a battery life of up to 7 days.

The Fitbit Flex 2 comes in a wide range of colours. The tracker itself is removable, and can be worn in any interchangeable band, or in jewellery-style bangles, or necklaces. This model is swim-proof, and has a battery life of up to 5 days. It takes push notifications from your phone, recognises the exercises you do automatically, and tracks your sleep as well as your activity throughout the day.

The Fitbit Charge 2 comes in 6 colour schemes, and features a bright LED display. Its battery life can extend to 5 days, and it connects to your phones GPS.

The Fitbit Blaze, and Ionic are combination exercise trackers, and smartwatches. In addition to all the standard Fitbit features, they offer guided breathing sessions and large, full-colour screens.

Enjoy now and pay later with Afterpay at eBay. Shop Fitbit's smartwatches, fitness trackers, pedometers, and more, and reach your health and fitness goals quicker. We’ve got you covered with Afterpay, meaning you can get your fitbit products online now and pay it off with 4 interest-free payments over 8 weeks.