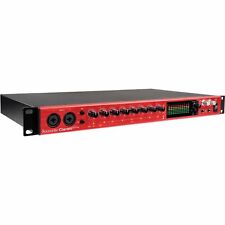 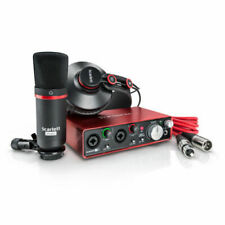 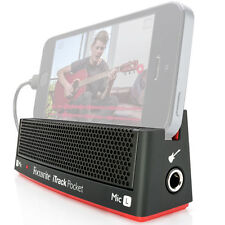 Focusrite for all your audio processing needs

The company was started in 1985 to create a line of ‘no compromise microphone preamplifiers and equalisers. Their first product was exactly that, the Focusrite ISA 110, first delivered in 1987. The ISA 130 followed in 1988, as well as a full recording console. However, only two of the prohibitively expensive 1988 consoles were ever produced. After a restructuring, the Focusrite Studio Console went into production in 1990. The Saffire Firewire line of audio interfaces was introduced in 2005, which featured a USB audio interface.

The Focusrite iTrack Solo was designed as an interface for recording both vocals and interfaces on Apples iPad tablets. However, it is fully compatible with PC and Mac computers. The iTrack works with the Focusrite Scarlett Plug-in Suite software once installed.