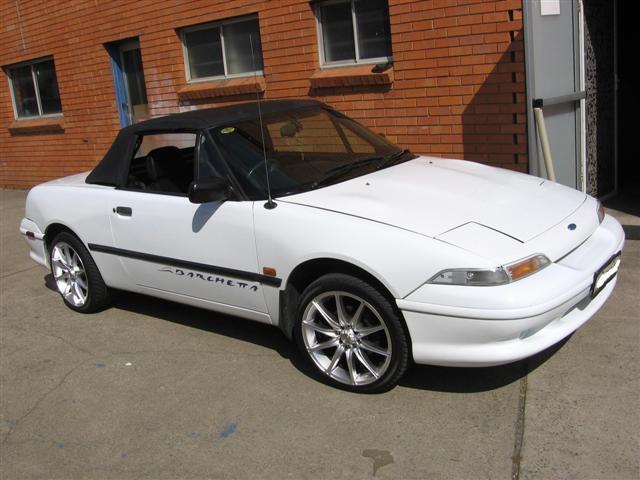 Drive in style with a Ford Capri

The Ford Capri is a truly iconic car that remains as impressive now as when it was first produced by in 1968. Buyers of used Ford Capris will find that the model is available with a wide variety of engine choices, including the Cologne V6 and the Taunus V4.

It is also worth looking out for a Capri Mk1 that was produced at the Ford Motor Company of Australia plant in Sydney, for a piece of Australian car heritage.

Good-looking, reliable, and honest, the Ford Capri was an accessible cruising car when it was launched, and is still much sought-after as a collector car.

With a solid build, great styling, and practical features like rear seats, the Capri was a fantastic all-rounder in the Ford car catalogue, and went on to sell nearly two million cars.

What to look for

If you like a powerful drive, look to the 1.6 litre double overhead cam engine on the Series II Capri, or the turbo twin cam. Most Capris have the five-speed manual gearbox, but three-speed and four-speed auto versions are also out there.

The later versions, like the Barchetta, have all the top features, including power steering, electric windows, sports body kit, rear spoiler, central locking, and more. This makes later Capris a great choice for modern driving performance, comfort, and style.

They may be a few decades old, but many owners keep their Capris in top condition, so new owners will still get a lot of happy miles from a used vehicle.

On the other hand, if youre a confident mechanic, you could even purchase a Ford Capri in need of restoration and do it up yourself.

So, if youre looking for a Capri of your own, youre bound to find the perfect car for you and drive away happy with this great range.