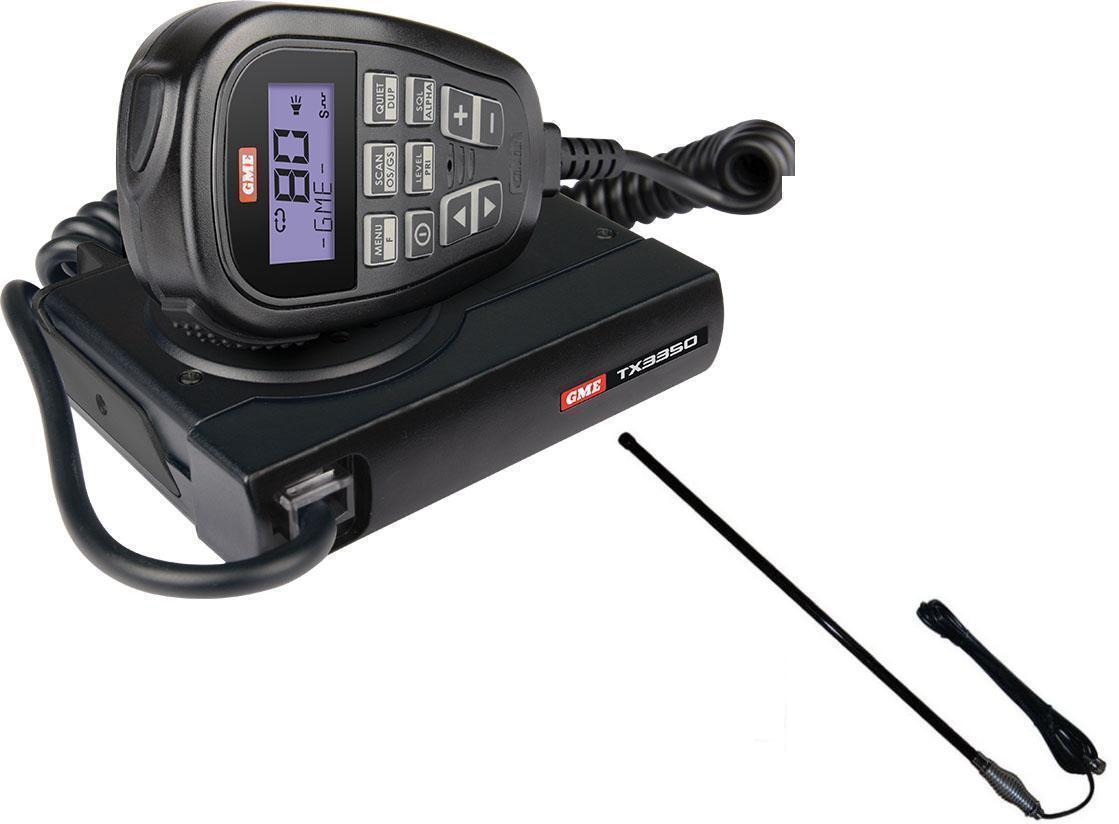 GME is an Australian company founded over 50 years ago to make high-quality radio communication equipment locally. Over the years, GME has built a reputation for world-class products; in fact, GME two-way radios and walkie talkies are now used around the globe. The company makes products suitable for handheld use, for use at remote locations and for use on land and marine vehicles.

GME has over five models in its current handheld walkie talkie lineup. These range from budget 1 watt units such as the TX665, to more expensive models like the 5 watt TX6155. The TX6155 is certified with an IP67 rating, meaning it can withstand dust and immersion in water up to a depth of 1 metre. It also features a large battery that can operate for 30 hours on low power. The less powerful 2 watt TX675 handheld CB radio operates for 14 hours on a single charge and can also be charged via USB.

GME radio equipment includes a separate line designed for land vehicles. These models come in compact sizes and do not require much room for installation. The TX3120S, for example, while compact, features one of the widest LCD displays in its class, thereby keeping vital information clearly on display. Almost all GME radios for cars feature the companys advanced scanning technology, ScanSuite, as well as up-to-date features to improve signal quality and privacy.

GME Radios for Marine Use

GME makes VHF marine radios in several models. These include compact models, such as the GX750W, for locations where space is tight, to larger models. The GX750W features a modular design, allowing even more tailored use of dash space. GME marine radios feature programmable priority channels and programmable channel scanning, which make it easier to monitor important communications.