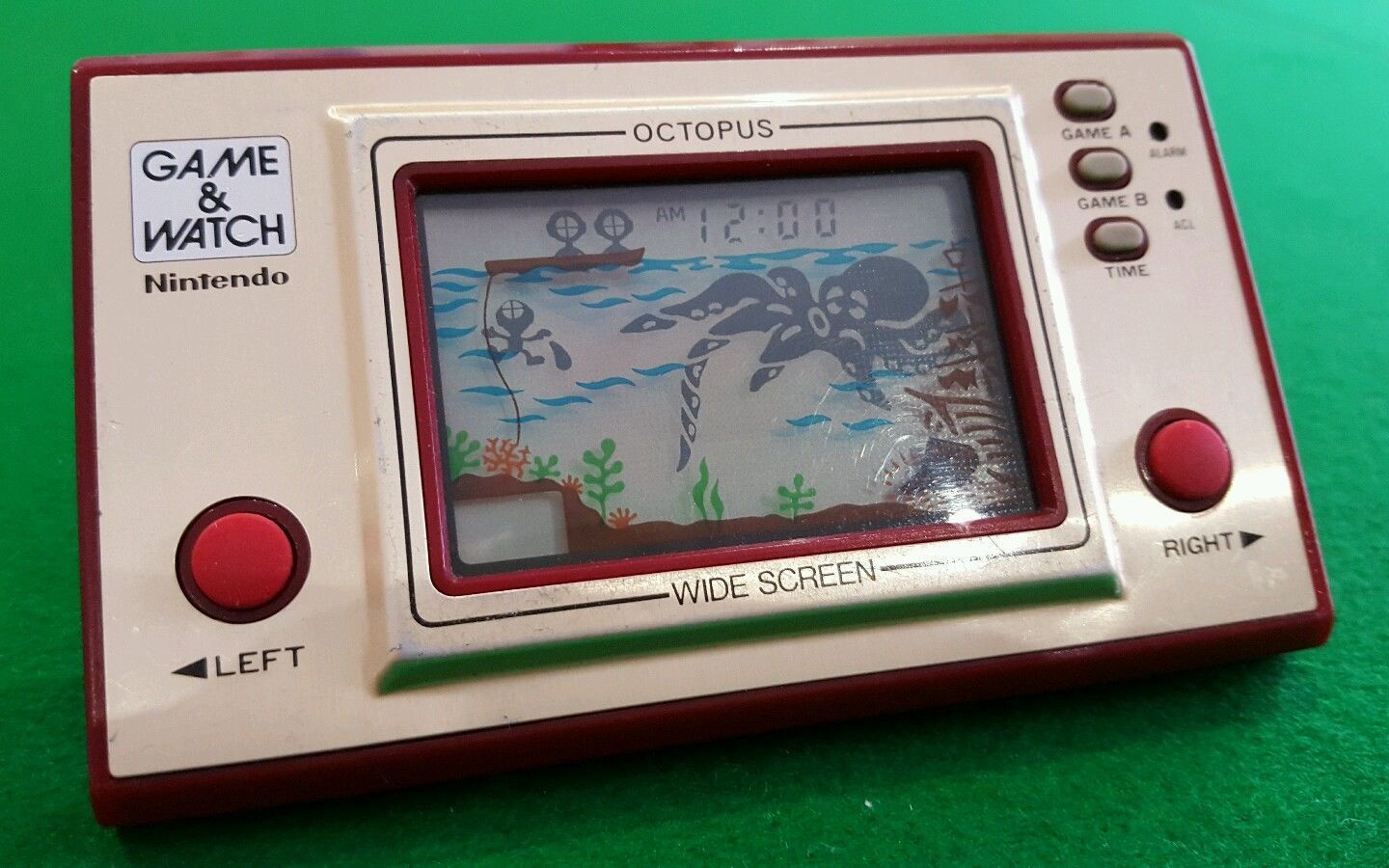 Nintendo is a major force in video game history and a crucial part of that is their creation of the Game & Watch series of handheld game toys. Based approximately on LCD calculator technology, each handheld contained one or two LCD screens pre-printed with images of characters and obstacles. Characters were moved by the controls, which included the first use of a D-Pad in the 1982 Donkey Kong games. These game toys were among the first handheld game systems and led Nintendo to develop the GameBoy consoles. Called Game & Watch due to their dual function with an inbuilt digital clock, the first of these devices was released in 1980. They are in high demand as collector’s items with unopened, excellent quality models fetching upwards of $1000.

As is common with collectable items, fakes and reproductions are an issue. The popularity of the Game & Watch toys has resulted in several nostalgia-based reissues, some of which have been later sold as “genuine” older models. If collecting is not your goal however, these reproductions offer a inexpensive way to experience a piece of gaming history.

Due to the fact that Game & Watch toys are no longer manufactured or sold except as specialist replicas or reissues, availability is intermittent. Genuine copies are hard to locate and may surface for purchase only rarely.

The technical specifications of the Game & Watch toys varies, but commonly they posses simple button-based controls, are powered by button cell watch batteries and employ a simple series of sound for character movement, enemy attacks, and victory or defeat. Screens vary, as the early models had a single screen, while Donkey Kong and others used a folding clamshell design that later resurfaced in the Nintendo DS consoles. Later models also had colour LCD screens and required a light to shine onto the screen to be playable. These models sometimes resemble small arcade boxes and are difficult to play in bright light, as it washes out the screen visibility. Panaroma games use a small folding screen with a mirror to duplicate the function of the CLCD boxes in a smaller space, and can be played even in bright light. Super colour games use tinted LCDs to attain a limited colour palette.