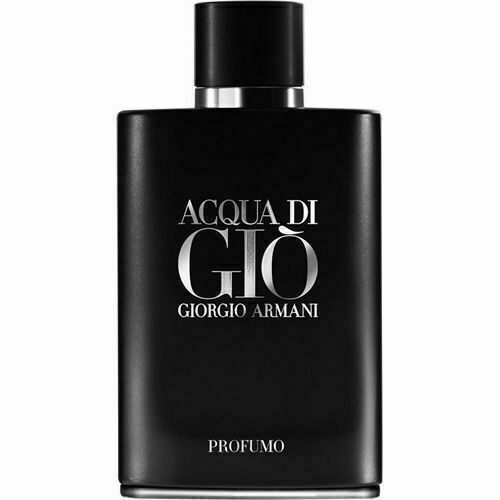 Giorgio Armani Acqua di Gio eau de parfum was first launched in 1996 and inspired by the beauty of Pantellerie where Armani spent his holidays. The original mens Acqua di Gio fragrances were created by Alberto Morillas and encapsulated the sense of freedom and natural beauty that Armani experienced on this Mediterranean island. After the release of the original Acqua di Gio, a second fragrance, Essenza, was created, followed by the more recent Profumo. Giorgio Armani has also released a sensual eau de parfum for women in this highly popular range.

The original Acqua di Gio for men combines the saltiness of seawater with the sweetness of sun on your skin. Bitter citrus and rosemary notes mix with the alluring scent of hedione, together with a hint of sharp spice and a soft musky base.

In 2012, Giorgio Armani launched Acqua di Gio Essenza, an eau de parfum for men that was created as a more intense interpretation of the original. It focuses on woody and ambery accords with hints of jasmine, basil, patchouli, ambergris, and pepper, and has been described as intensely carnal and sensual.

The most recent release in eau de parfum and mens Acqua di Gio eau de toilette fragrances is Acqua di Gio Profumo. Its symbolic of the merging of sea waves with black rocks and has been described as elegant, aquatic, and deep. There are aromatic tones of geranium, sage, and rosemary, together with bergamot, patchouli, and incense.

Giorgio Armanis Acqua di Gio fragrance for women combines notes of jasmine, sambac and aquatic green accord with mint, limone primo fiore, and brown sugar. This sensual aroma comes in 100 millilitre spray bottles and is ideal for an evening on the town.