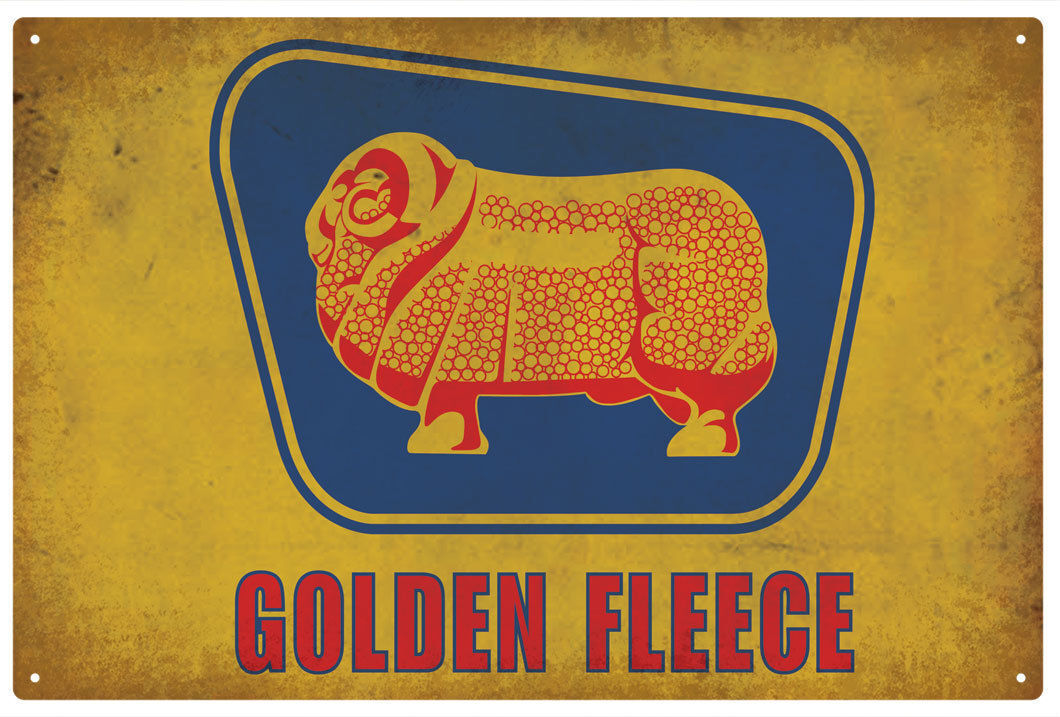 Aficionados around Australia eagerly seek Golden Fleece collectables and memorabilia. The distinctive yellow/gold merino ram adopted by Golden Fleece for their logo and branding stood proudly on petrol station road signage, and workshop fixtures and fittings for around 80 years. Motoring products, advertising materials and other paraphernalia branded with the company’s name made Golden Fleece an easily recognisable and familiar name. The broad range of promotional and marketing materials produced by Golden Fleece was impressive, even by today’s standards. Many Australians have fond memories of the Golden Fleece servo experience.

Highly sought after collectors’ items, particularly by fans of "petroliana" or "garagenalia" items, are Golden Fleece objects directly related to the fundamental nature of the business itself. Oil, kerosene and petrol tins with imperial measurements in gallons, glass oil bottles holding one pint of oil with a detachable metal spout for pouring, and original petrol pumps or bowsers are all items hunted out by collectors. External and internal Golden Fleece signage, merchandising racks, service workbenches and stands are also amassed by collectors.

Swap cards released by Golden Fleece in the 1960s are collectable not only for the Golden Fleece value. The series capture moments in Australian history. Individual swap cards given at petrol stations with a purchase were an enticement for repeat custom. Free albums and cases stored and displayed each of the 36 card sets. One series, ‘Uniforms of the Australian Armed Forces’, have fine illustrations on each swap card of various uniforms worn by Australian infantry and service personnel historically. The "Cars Today" series feature individual images of many popular and now classic cars in Australia during the 1960s such as the Mini, Humber, Rover, Rolls Royce and Volkswagen.