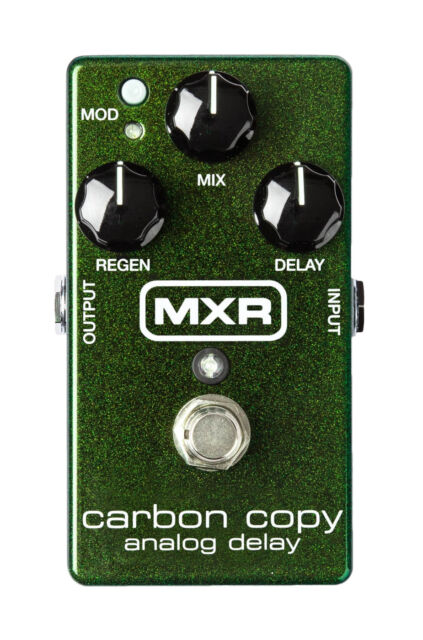 One of the most important aspects of electric guitar is having the right equipment. With an acoustic guitar, you can usually get away with having one amp, a capo and a handful of picks but playing an electric guitar requires a little more preparation. One of the few things you can start tinkering around with as you’re producing your own sound includes guitar effects pedals. You can either opt for a board or singular pedals that provide different effects. Three of the most popular types of pedals that all guitarists use include delay, echo and reverb.

Guitar delay pedals provide a slightly different sound than an echo pedal. A delay will repeat the same sound over and over, but at different increments of time, depending on how you have the pedal programmed. For instance, if you want the guitar to make a “wah” sound every 10 seconds throughout the song, then a delay pedal is the best choice for this type of sound.

New and budding guitarists may think that delay and echo are the same thing but in actuality, they’re quite different from one another. While a delay pedal will repeat the same exact sound over an over, an echo can provide you with a hollow sort of sound (like if you were hearing your voice echo in a cave). Echo pedals were used heavily during the era of psychedelic rock but are still a standard must-have today when it comes to guitar pedals. You can also programme certain pedals to provide different types and lengths of echo sounds.

Reverb is a similar type of effect, along with delay and echo. Reverb can be a tough sound to describe, but it has often been said that reverb provides the same simulation of a sonorous guitar being played in an empty room. Instead of providing a distinct delay or a hollow echo, guitar reverb pedals make the electric guitar sound fuller; although in reality, it’s still providing a delay or echo effect. Reverb is perhaps the most important of all effects to have for a guitarist just starting out.

When it comes to brands, there are many types to choose from when it comes to effects and sometimes it can take a few tries until you find one that suits your sound. Some popular and trusted brands of effects pedals, including some of the best distortion pedals, include MXE, Maxon, Wampler, Morley, TC, EarthQuaker and Behringer. Sometimes it’s a good idea to see what equipment your favourite artists are using, especially if you aim to mimic their sound.