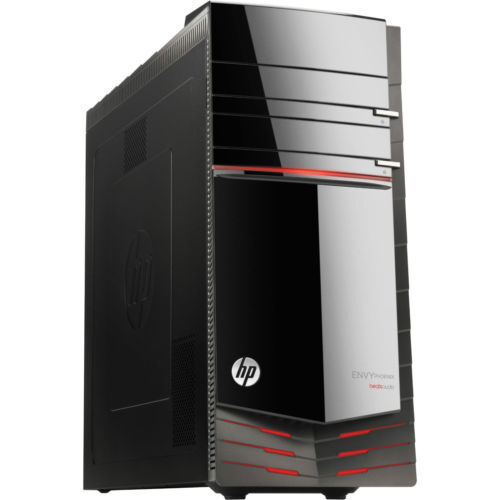 Not everyone wants a laptop as their primary PC. Some people want the power you can only get from a desktop, while others appreciate the fact that they can leave the desktop behind rather than feeling obligated to take it with them. Many parents feel much more comfortable letting children use a desktop PC thats in full view rather than skulking off somewhere with a laptop.

HP Pavilion desktops and all-in-one PCs work best for home use. Built with an eye for media, these computers feature a stylish design and all the performance you need for any task. The HP Pavilion Wave even integrates a speaker into the case for immersive audio like nothing you have ever seen or heard.

The beauty of HP TouchSmart desktops and all-in-one PCs is the presence of that third dimension of touch. Other PCs rely on keyboard and mouse, or occasionally voice command; TouchSmart models let you interact directly with the screen through touch. Touch controls are intuitive; its the same way you interact with the world.

The standard desktop form factor has a number of advantages. Its easy to mount out of the way, so all you need to show are your keyboard, mouse, and monitor. It also has the room for even the most powerful graphics cards, and the space for the necessary cooling solutions. Yes, it takes up more space than an all-in-one, but it also gives you the ability to use that space for beefier components.

The all-in-one form factor has been growing ever more popular with consumers. By mounting all the components behind the screen and out of the way, these computers are able to get the desktop out of sight. Its also far easier to include touch when the computer is the screen and theres no need for a separate monitor and interface. They are often the simplest choice.