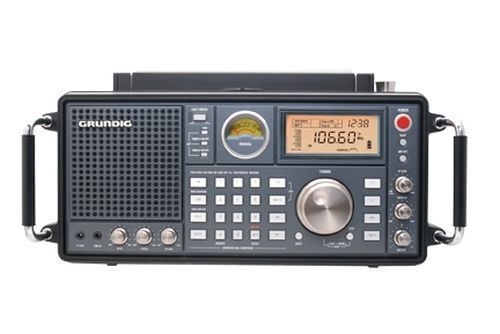 Outside of commercial and safety uses, amateur radios or ham radios have long been popular as a hobby for those with a curiousity in radio communications. Despite the advances in communications technology, theres still very much a need and desire for ham radio. For an interest that is so technical, it can be a little daunting to get into, but ham radio receivers are a good place to start.

Given their extensive history, ham radios have been used a whole host of different reasons. These have included as a hobby or recreation, informal messaging and for training and experimentation purposes. Perhaps the most unlikely use though is for radiosport, a competitive activity focused on peoples mastery of their radio setup.

With ham radio, there are plenty of different components and setup possibilities available. Receivers are just one part of the equation, as they let you tune into radio signals and listen to them. However, if you want to both listen and respond over radio, ham radio transceivers act as both receivers and transmitters.

As the purpose of a ham radio receiver is to pick up radio signals, you likely want to catch as wide a range of frequencies as possible. Certain ham radios are able to scan across a vast spectrum of frequencies, often ranging from 10 kHz u001a 3 GHz. This means the receivers are able to pick up frequencies in the HF, VHF and UHF ranges of the radio broadcasting spectrum. As such, your receiver will be able to tune into FM and AM bands, as well as other analogue and digital signals like single-sideband modulation (SSB) which is frequently used by those at sea.

Different models of receiver come with different functions, meaning its important to consider which you may need. One of the more common is a spectrum scope that displays the band of radio frequencies in a visual form. Other functions include memory scan mode to find pre-saved frequencies and modes, and voice recording to store audio recordings.