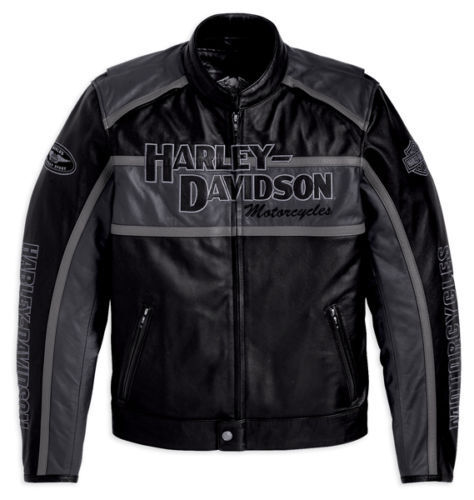 Harley Davidson is a world-recognised brand, especially in the motorbike world. Harley Davidsons main ideals are about freedom and self-expression transcending cultures, gender and age. Aside from making some of the worlds top motorbikes, they also make mens clothing; jackets, boots, hoodies and more.

What kind of mens clothing does Harley Davidson make?

The Harley Davidson company makes a range of the following:

What are popular styles of Harley Davidson apparel?

One of the popular styles of Harley Davidsons mens clothing items is the Mens Double Ton Slim Fit Leather Jacket. This motorcycle jacket is made from washed and waxed leather and has a vintage look. It has a slim fit and is narrower throughout. This jacket sums up the Harley Davidson brand. Another popular jacket is the Mens Denim Jacket featuring an eagle. This stylish jacket has an embroidered eagle, which for Harley Davidson, stands for freedom, heritage and loyalty. A popular pair of boots are the Mens Ladson Waterproof Performance Boots in black. These rugged looking boots are perfect for riding in all conditions as they are waterproof, oil resistant and breathable. The Mens Black Slim Fit jeans in black are a favourite. They fall between two fits, skinny and straight fit. They make legs look lean and there is a small amount of stretch, meaning they are easy to move around in. Pair the jeans with a Mens Oak Leaf Plaid Slim Fit shirt for a sharp look. The shirt is 100-per cent cotton and has a vintage oak leaf image on the back and the edges are hand-scuffed to give it a cool, vintage look.

Aside from Harley Davidson clothing, what accessories are available?