Shop by Number of Pieces

Showing slide {CURRENT_SLIDE} of {TOTAL_SLIDES} - Shop by Number of Pieces 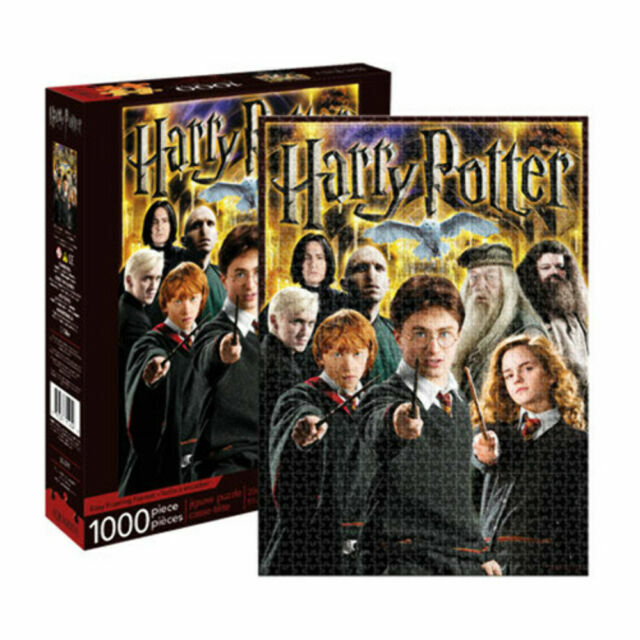 Harry Potter is about the story of a little orphan boy who finds out that he is not only a wizard but also one spoken of in a prophecy. Written by J.K. Rowling, the seven-book series has gained popularity worldwide and has had eight movies based off the books. Fans who enjoy putting together a good puzzle can find Harry Potter puzzles featuring iconic images and scenes from the series.

Harry Potter puzzles come in many attractive designs. Some become the movie posters from the eight films, while others are taken from the various version of the book covers. Movie posters and book covers aside, designs also include the house emblems that represent the four houses of Hogwarts School of Witchcraft and Wizardry and the infamous Marauders Map featured in the stories. Other Harry Potter puzzle images available are the Hogwarts Castle, the Hogwarts Express, Diagon Alley and other notable scenes and characters.

Different levels of difficulty are available, so Harry Potter puzzles can suit most ages. Ranging from 150 pieces to more than 1,000 pieces, anyone from casual puzzle solvers to serious jigsaw puzzle enthusiasts have a chance to enjoy the fun and satisfaction of completing a puzzle.

For those who are a fan of brain teaser puzzles and the like, there are Harry Potter themed 3D puzzles. The range include models of the majestic Hogwarts castle and the Hogwarts Express, the train that takes the children to Hogwarts every year. 3D puzzles often are trickier to solve than the 2D puzzles as they involve an extra dimension. Solving the former involves considering the height and structure of the puzzle, instead of just matching coloured pieces together on a flat surface.

Harry Potter puzzles are not just a fun activity for individuals or the family; they can also be excellent decorative items for your home. You can frame 2D puzzles to hang on walls, while you may want to put 3D puzzles on display on a shelf or mantelpiece. Some Harry Potter puzzles even have glow in the dark features that makes them even more magical display pieces that can impress fellow fans.