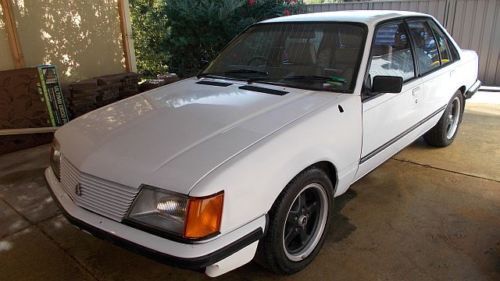 Available from Holden since 1978, the Holden Commodore passenger vehicle in a mid-sized and large sedan that the company manufactured in Australia until 2017, when the company began importing the vehicle from its subsidiary in Germany. For the first 11 model years, the Holden Commodore was a mid-sized vehicle. From 1988 to 2017, it was lengthened into a full-sized sedan. The models being imported from Germany are of the mid-sized variety again. Beginning in 1979, Holden, formerly known as Holden General Motors, added a wagon version of the Commodore to the lineup.

What are some facts about Holden Commodore sedans?

Depending on the year of manufacture, the full-sized versions of the Holden Commodore went by the name of:

These vehicles were either of the SV6 series or other series, such as:

The year in parentheses is the first year of manufacture for the series. Some series only lasted for a single model year while other, such as the VE, lasted for eight model years.

What are some features of the Holden Commodore vehicles?

Holden Commodore full-sized sedans are available as two-door coupes, four-door sedans or four- or five-door station wagons. Each comes with either manual or automatic transmissions. Newer models have six-speed transmissions while older models have anywhere from three- to six-speed engines. The engines range in size from 2.0-litre inline-4 petrol engines that provide 86 horsepower to 16.0-litre V8 engines that deliver 348 horsepower. It also offers several vehicles with V6 engines. All are front-engine, rear-wheel drive vehicles.

What are some of the recent models of Holden Commodore passenger vehicles?

Holden has produced a number of different models of Commodore vehicles during the VE and VF runs of production. Some of these vehicles include:

The utility version of the Commodore, known as the Holden Ute, resembles a car in the front and a pickup truck in the back.