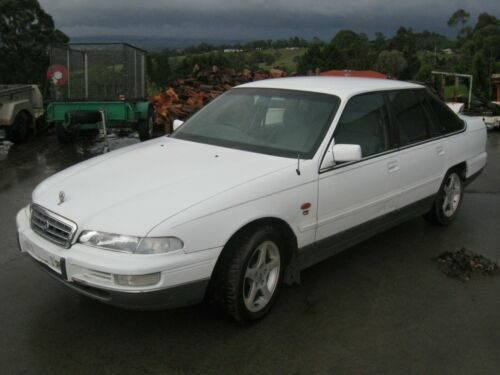 It was in 1971 that Holden introduced the Statesman marque. Although it was sold through the existing Holden dealer network, the original Statesman wasnt sold as a Holden Statesman but under the Statesman name alone. Built on the largest platform General Motors Holden had to offer it was a luxurious muscle car made for the seventies.

Designed from the ground up for both luxury and performance, the Statesman made its debut into the world of Australian muscle cars with engines like the 5.0 Litre Holden V8. These homegrown engines offered the classic Aussie muscle car sound and gave the Statesman the power it needed to cover the long drives this country offers. Other models offered either the base model 4.2 Litre V8, or an imported 5.7 Litre Chevrolet V8.

The original two models of the Statesman were the entry-level Custom and the higher-end DeVille. Later the Caprice was introduced to the top of the Statesman car lineup. By 1979 Holden had introduced the new SL/E model between the DeVille and Caprice, solidifying the lineup for the rest of its original run.

For collectors, the real interest is in the original Statesman line built from 1971 to 1984, more than the later Holden Statesman built from 1990 to 2010. This second run, offered alongside the new Holden Caprice kept the long wheelbase luxury of previous Statesman models, but few people saw it as a muscle car. Though attractive in their own right, these models do not have the same cachet as the originals.

The Statesman still comes up when people are looking through old Holdens for sale, or listings of vintage cars in Australia. Its a window to the era when Australia took on the world with its own auto industry and cars built and designed for the countrys unique requirements.