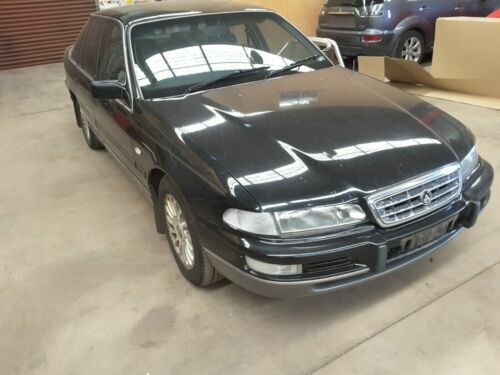 The name Statesman has a small but distinguished place in the history of the Australian automobile industry. A Holden model, these cars originally released as their own brand through existing Holden dealerships back in the day. Designed to cover the upper reaches of the market, these vehicles offered both more interior room and more luxury than most contemporary Holden cars.

After the original Statesman line ceased production, GM Australia brought the name back as part of the new Holden Statesman line, along with the Holden Caprice. Once again, these were longer wheelbase and more luxurious vehicles, although now it was the Caprice that took the top of the line instead of the Statesman. Even so, their remained a strong enough demand for Holden Statesman cars to keep the name alive and in production until 2010.

The original Statesman line is better identified with letter designations instead of names, starting with HQ and following with the HJ, HX, HZ and finally the WB. The basic model was the Statesman Custom, with the upmarket Statesman DeVille rounding out the line. By 1974 the line had a new flagship in the Statesman Caprice, which held that position for the remainder of the marques life. A new intermediate level model for 1979 was the SL/E.

With the use of long-wheelbase chassis, its no surprise that the Statesman has been a popular choice for anyone looking to do a limousine conversion here in Australia. Statesman limousines take the luxury options the brand has always been famous for and extends them along with the wheelbase.

No matter which era of Statesman you prefer, every model shares the same association with room. Buying a Statesman passenger vehicle is more than just buying a sedan, its buying a car with the extra rear-seat legroom you deserve.