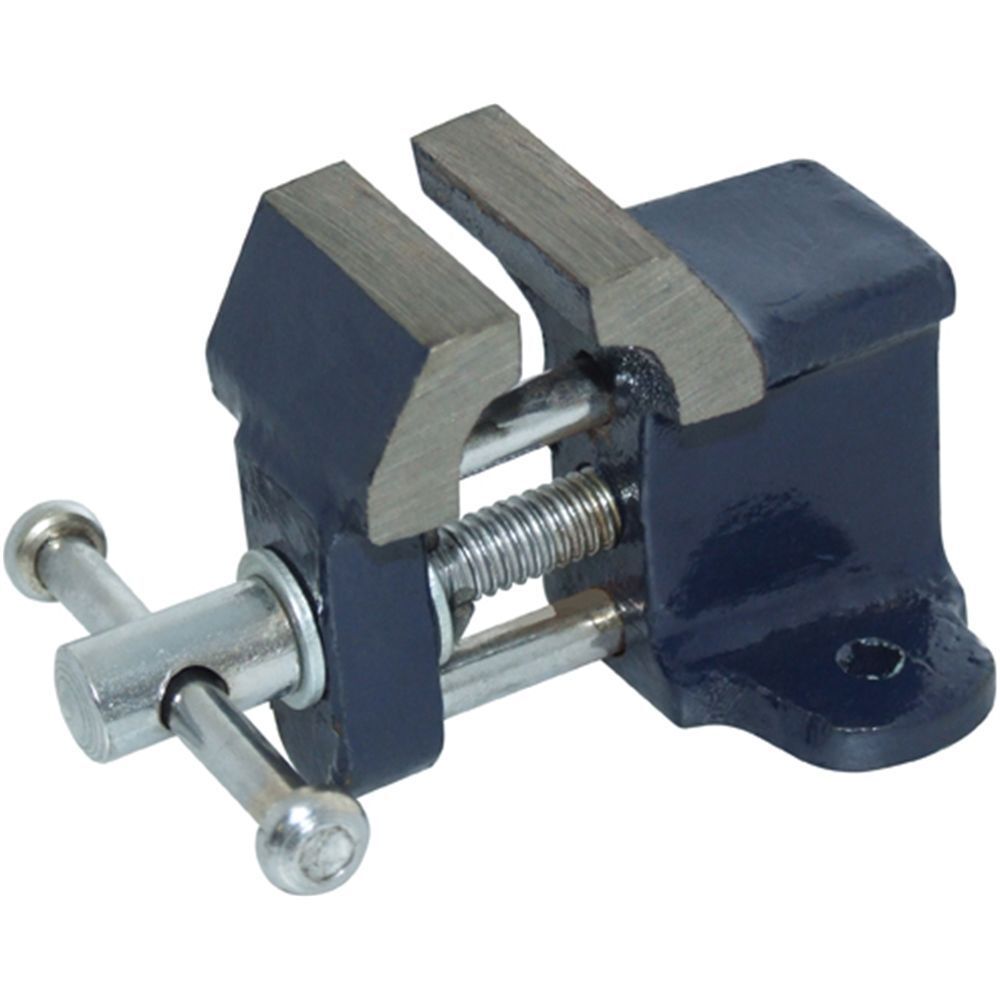 Vices are important tools in many different industries. Consisting of an adjustable clamp that can hold objects and materials secure so that they may be worked on, vices have many different forms and designs to match the various types of work they must perform. Home bench vices are designed to be secured to a workbench or other workspace by a secondary clamp, screws, bolts or some other similar method. As they are made for home use, they are usually smaller than industrial vices and lack the advanced features and designs of modern high-tech tools. They are still an essential device for anyone working with wood, metal or other materials.

Vices are designed to suit different functions. Woodworking vices are often wooden or have wooden facings to prevent any damage to the wood while it is being worked on. They also often feature quick-releases, which allows the vice to fully disengage after only a half-turn in reverse. Metalworking vices, are much sturdier and are designed to hold metal in place for cutting or welding. They are made of steel or iron and have jaws that are replaceable. The jaws are commonly iron or steel with grooves or etching to help grip, but softer materials such as aluminium, copper, wood or plastic might be used to perform delicate work. They are secured to benches using a mounting plate at the base of the vice, and must be firmly secured so as to not move when in use and potentially cause damage to the held object or user. Drill press vices are often much wider and flatter than other vices, and are mounted on top of the bench rather than on its side. These vices hold objects in place for precision drilling, often from a drill press. Jewellers vices are much smaller, and hold small delicate pieces of metal or crystal. Apart from these more common types, other varieties of vice are designed to suit more specific functions, such as machine vices, cross vices and rigging vices.

As well as being designed for working with particular materials, some vices may have different designs to impart additional functionality. Some might have lockable rotating bases instead of being fixed, allowing different angles of use at the cost of a small amount of durability. There are also swivel vices, with ball joints that allow 3600 rotation around the base, as well as some upwards and downwards rotation. Again, this comes at the cost of some durability and stability. Anvil vices feature reinforced casing that can double as a light-use anvil without damaging the vice, although they are not as durable as a solid anvil.