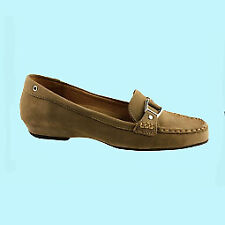 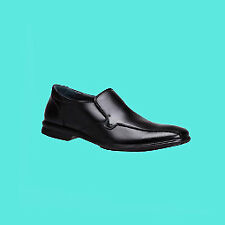 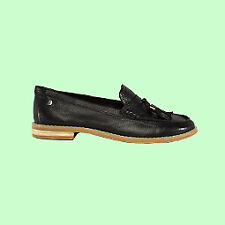 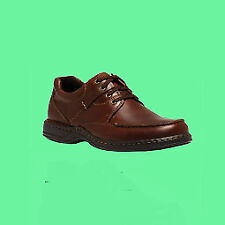 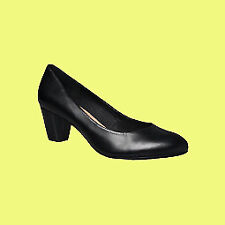 Hush Puppies has been creating laid-back attitude footwear with an always-perfect fit ever since their inception over 70 years ago in 1958.

Definitively global brand Hush Puppies sell over 17 million pairs of shoes each and every year in over 150 countries. The shoe label ensures you will never have to sacrifice comfort for style with their thoughtful designs, including bounce technology and cushioned footbeds. Your whole footwear wardrobe is covered with summer-ready sandals, ballet flats, and wicked wedges, whilst you are sure to look suave at your next event with the range of genuine leather dress shoes, moccasins, and loafers that are thrown into the mix.

A Legend Was Born

The Hush Puppies name has a decidedly low-tech origin story. A company sales manager who had created some soft, lightweight, and comfortable shoes sat was having dinner with his friend, deep fried corn fritters and catfish which was called “Hush Puppys.” He was intrigued by the strange name and found that farmers kept their barking dogs quiet using these Hush Puppys. In those days, people also used to refer to their tired feet as barking dogs, and he thought to himself that his shoes would quieten them too, and the rest as they say in the storybooks is history.

In October 1957 at Chicago’s National Shoe Fair, Hush Puppies had their first introduction to the world and the reaction was instantaneous and immediately overwhelming. Retailers flocked to the Hush Puppies booth, intrigued by the brushed suede uppers, casual lifestyle positioning, innovative styling, and lightweight crepe soles. A few years later they had already produced their first million pairs of shoes, and not long after that in 1963, one-in-ten adults owned a pair of their comfy shoes in the United States. But it wasn’t long before the rest of the world caught on and discovered Hush Puppies too.

A Prince from Great Britain wore them during his United States visit in 1959, at the same time that they were being worn by the boys in the infamous Rat Pack, closely followed by the British Invasion bands wearing them on tour in the 1960’s. It was then reported in 1965 that rubber soles of Hush Puppies saved the Rolling Stones guitarist’s life at a concert in Sacramento when he his guitar touched an ungrounded microphone. Crepe soled Hush Puppies thankfully insulated him, thus saving the future of rock and or roll.

A new generation of tie-dyed shirts, bell bottom jeans, and long sideburns also embraced these comfortable shoes, as Hush Puppies helped to define 1967’s Summer of Love in San Francisco’s. Then a song from 1974 with the lyrics “I’ve got my Hush Puppies on” reached #3 on the Billboard charts. By the year of 1990, Hush Puppies was invited by the president the Soviet Union to become the first company from America to manufacture and sell footwear in the country.

A relaxing of dress standards in the 1990’s corporate culture led to the creation of casual Fridays, with less business attire during the rest of the week, and Hush Puppies was there after they pretty much invented the casual look. Hush Puppies took out full page ads in The Wall Street Journal and USA Today congratulating IBM and Ford when they announced casual work days in their companies. The Council of Fashion Designers in the USA named Hush Puppies the Accessory Product of the Year in 1995. They remained just as casual while they were becoming the world-wide fashion accessory it is today, with a little help from a couple of Academy Award winners receiving their statues while wearing Hush Puppies. The brand was even was granted an audience with the late Princess of Wales when she requested a shoes in a special collection.

Casual style is just as powerful in the global economy today as it was when the infamous Hush Puppies were originally introduced all the way back in the year 1958. Hush Puppies shared their casual style with the world and eventually became one of the Top 5 global casual footwear brands.

Hush Puppies reach started to become global when their first international licensee in Canada back in 1959, which grew to include the United Kingdom in 1962, South Africa a year later, Australia a year after that, and Japan in the following year. Only 20 years after launching, the brand was established throughout Central and South America. Country by country, and year by year, Hush Puppies helped the world become casual.

From the original American store in 1963, today Australia has 7 dedicated retail Hush Puppies stores showcasing their full range across New South Wales and Victoria and NSW.

The Hush Puppies collection of shoes for women has something for everyone. Whether you're chasing statement heels to add that wow factor to your party look, or you want to combine style and comfort with easy everyday flats, the extensive Hush Puppies range is sure to have the perfect shoes for you. From boots and sandals, to espadrilles and heels, Hush Puppies add the finishing touch to every classic ensemble.

Hush Puppies have an extensive collection of shoes for men, including work boots, casual shoes dress shoes, or weekend sandals, and their comfortable work shoes are also available in classic lace-ups or slip-ons. Hush Puppies have also created their TriTech range, which combines waterproof leather with deep comfort technology, and just the right amount of bounce to keep you on your feet throughout the entire day.

You can pair some denim jeans with a pair of stylishly rugged casual boots or classic euro sneakers for an easy weekend look, or maybe you can team up a pair of always cool Chelsea boots with a pair of chinos for a much more relaxed and polished vibe. Hush Puppies also have dress shoes and boots for your next special occasion in many different styles and a range of colours, such as classic blacks, tans, and browns.

Shop the latest collection of fun-loving and easy-going casual footwear for men, women, and kids of all ages available today on eBay.