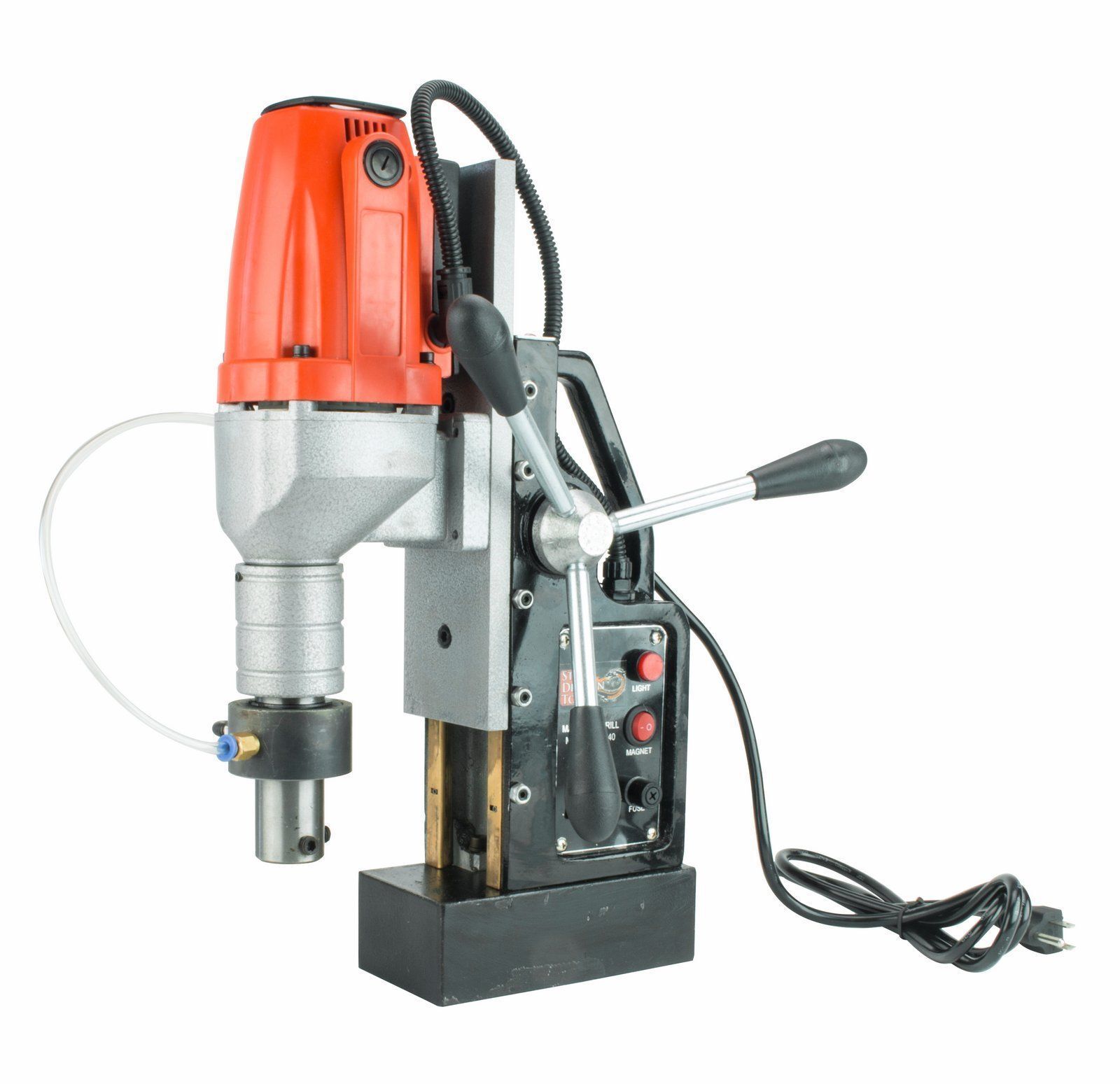 Drill presses are essential tools for any workshop or machine shop. Just like how industrial saws make consistent precision cuts, they guarantee true 90-degree drilling that ensures similar precision in any job. They comprise an assembly composed of a base, a column attached to the base, a table attached to the column, and a head containing the inner workings mounted at the top end of said column. Most drill presses have short columns intended to be placed on a work table and usually require some simple modifications to raise the height above what it normally allows.

Electric industrial drills use many designs. Magnetic drills are smaller than common bench drill presses and made to be portable for use in the field. Intended for precisely drilling large, thick sheets of metal, they remain stable by using an electromagnet that doubles its base and secures itself with a button. Unlike regular drill presses, which use belts to drive the drill, magnetic drills are mounted closer to the motor. They require extra care when used horizontally, which is why hanging it on a chain is ideal for when it drops as you turn it off at a horizontal position or in case of power loss. Other industrial electric drills include computer numerical control (CNC) drills or routers. These produce extremely accurate reproductions of computer models by carving them out of materials like wood, acrylic, and even steel with the use of drill and router bits.

By far the most widely used kind is the bench drill press, which features the common base, column, and head design. It is often very heavy since both the top and the bottom are weighty for greater stability. The head has a rectangular case that houses the belt, motor, and drill assembly. These often use five-speed configurations that allow you to drill a variety of materials, which requires different RPM ratings.