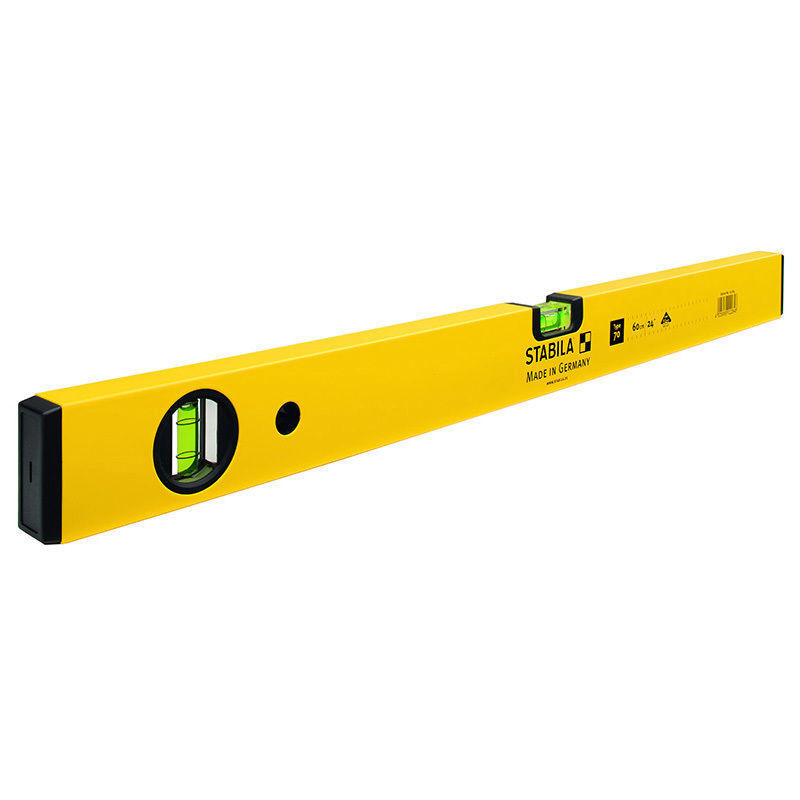 One of the simplest but most important tools any DIY enthusiast or professional can have is an industrial level. Invented in the seventeenth century, the spirit level provides an easy way for any user to determine whether something is actually either horizontal or vertical; level and plumb are the traditional terms. Without a level its almost impossible to produce a flat floor or a straight wall.

A level works because of buoyancy. Each level has a tube full of mineral spirits and one bubble of air located in the middle of its body. Because the air is lighter than the spirits, it floats to the top of the tube. Two lines delineate the middle of the tube. Lay the level down on any surface, if the bubble floats between the two vertical lines the surface is level. Many also have tubes at both ends to indicate vertical.

Before using a level its a good idea to test it for accuracy, which you can do using the level itself. First, clean the bottom of the level to ensure you get a good line. Next, set it against the wall, make sure it reads level, and then draw a line along the bottom. Flip the level over so the tube is on the bottom and check it against the line you just drew. An accurate level will give the same reading upside down as it did right side up.

Two of the most common level types are the beam and box level. Both work exactly the same way, differing primarily in the design of the frame. Beam levels have an I-shaped cross section, while box levels are a simple rectangular shape. Torpedo levels are similar but shorter, while post levels wrap around a corner and can check both level and plumb simultaneously.

The biggest competitor to the spirit level is the laser level. Ranging from high end rotating laser levels that can give you a line of up to half a kilometre to smaller point and line levels more suited for interior use. Laser levels are great, but be sure to remember lots of batteries.