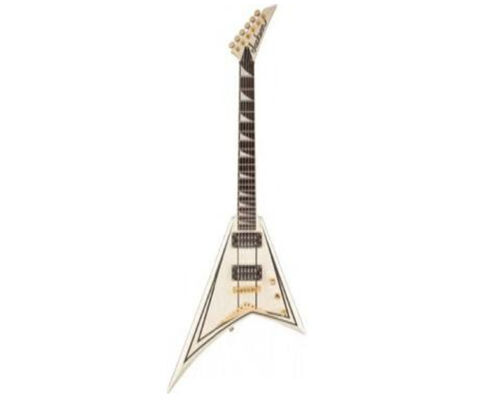 A well-known manufacturer of high-quality instruments, including Jackson guitars and basses, the Jackson company has been in operation since 1980. The companys signature is innovating new trends, including bringing affordable guitars to the masses that are packed with the same features as higher-end products are. The most recognisable electric guitar the company produced is likely its signature Randy Rhoads models, though all of the brands right and left-handed electric guitars are standouts due to their sleek and elegant designs, as well as their playability.

What Are Some Jackson Guitar Styles?

Jackson has created some of the most noteworthy instruments in the musical world, including the Jackson Flying V, which has a distinct design that ends in two points, giving it its legendary look. Some of the most iconic guitars from the brand also include the Jackson Dinky series, which is a lightweight guitar that offers fast and sharp play, or the Jackson King V, an instrument that takes power to the next level, with jumbo frets and a loud, powerful sound. The Dinky comes in colours like chic black, blue and tan, while the King V is offered in bold designs like red, dark green and black. The Pro Series of electric guitars features models like the Misha Mansoor Juggernaut, Chris Broderick Soloist and the Monarkh.

How Many Strings Do Electric Guitars Have?

Jackson electric guitars feature either six, seven or eight strings. Though six-string electric guitars are the most common type, more strings is not unheard of. So, what is the difference between the sound of a guitar with six strings and one with eight? Eight-string guitars offer just a bit more range and can vary the sound of your instrument by giving you the ability to play even more riffs. Eight-string instruments are also larger and usually heavier, while their six-string counterparts may feel less bulky to carry and play due to the thicker neck of a seven-string or eight-string instrument. It ultimately comes down to personal preference, not to mention that you may want multiple options for different songs or sounds.

What Materials Are Used to Make Jackson Guitars?

Made to stand the test of time, Jackson makes its signature guitars using only the finest materials. Some of these include mahogany for guitar bodies, as well as maple for electric guitar fingerboards. Youll see guitars with rosewood fingerboards and basswood or alder bodies, as well as inlays crafted from pearloid sharkfin material. Jackson guitars are reinforced with heavy-duty graphite for durability, and its frets are made from high-performance stainless steel.