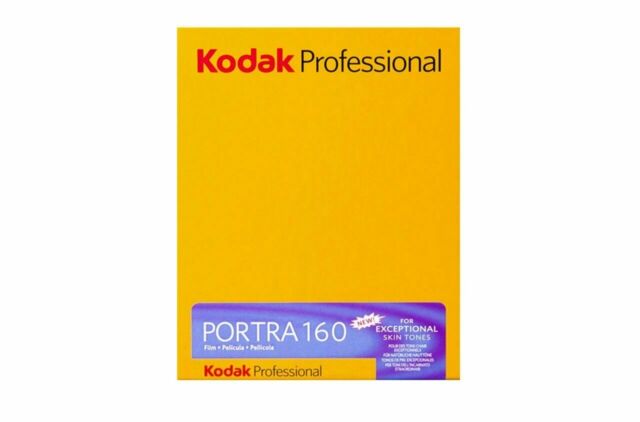 For photographers who still shoot in film, Kodak makes film for portraits and weddings called Portra. Porta is a colour negative film, intended to have natural colours and accurate skin tones. Professional and hobby photographers seek out this film for its daylight balance, fine grain structure and speed.

Kodak Portra film is available in 35mm, 120, 620 and large format films. Kodak 35mm film is the smallest of the lot and the size most standard consumer cameras use. The 120 and 620 films are slightly larger, called medium format film. Some people who enjoy toy camera photography also like to use Kodak 120 print camera film for their cameras. Finally, large format film is offered in various sizes, one of which is 4 inches by 5 inches.

Portra films come in different speeds. ISO 160 is the slowest speed. This speed is useful for bright light situations, but more importantly, it offers extremely fine grain for high-quality images. The 160 film lends itself to scanning and enlargement. The next speed offered is ISO 400. Portra 400 is known for being fine grained and flexible. It is fast enough for most purposes, but still looks good over- or under-exposed. Finally, Portra has an ISO 800 film. This is the fastest speed in the series and can be pushed to ISO 1600. However, it is not based on the same technology as the 160 and 400 films. Since it is the most colour-saturated of the film speeds, it will work best in low light.

Just because a film has passed its expiry date, does not mean it is no longer good to use. Many photography hobbyists use expired film as a way to explore unpredictable effects. Others sometimes find that expired film is simply less expensive than fresh film.

The finer grains of the Portra films allow for greater scanning performance. In film, the faster the speed of the film, the larger the grains. Kodaks technology allows for fine-grained film that gives greater latitude in enlargement.