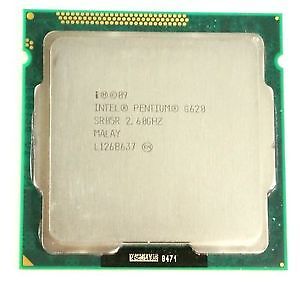 The LGA design reverses the normal chip and socket approach familiar to most buyers of computer parts and accessories. Rather than having pins on the chip fit into the socket, pins in the socket connect to pads on the chip. This makes the chip more resilient because there are no pins on the bottom that can bend or break. The processor mounting hardware protects the pins, never exposing them to damage.

Core series models, such as Core i5 2nd Gen LGA-1155 Socket H2 computer processors and CPUs make up the majority of Intels mainstream offerings. These processors easily handle a majority of workloads from gaming to web browsing and photo manipulation. Its a good all-around processor choice for most home computers.

Xeon LGA-1155 Socket H2 computer processors and CPUs are for server and workstation use. They sometimes lack the raw clock speed for gaming, but they make up for it with more cache and better multi-threaded performance. These are the processors you want for a server or a video editing workstation. They may be overkill for home use, but they are very useful if you do a lot of video work.