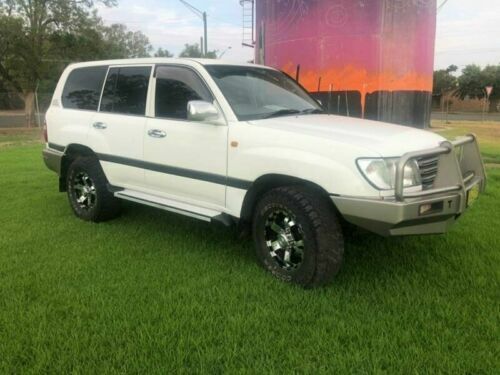 One of the best-selling four-wheel drive vehicles in Australia, the Toyota Land Cruiser first appeared here in 1957. It is considered to be both a full-size sports utility vehicle and off-road vehicle. In addition to four-wheel drive, less-expensive models are available with front-wheel drive. Most Land Cruisers seat five passengers although some have the ability to carry as many as eight people at one time. Most units are four- or five-door models, although some three-door wagons have been built as well.

What are some features of the Land Cruiser V8?

The first Land Cruiser with a V8 engine made its debut in 2007. That model, the J70, also known as the 70 Series Land Cruiser, features the first turbodiesel engine made for Toyota. It features a 4.5-litre 202 hp engine and comes with either a five-speed manual or four-speed automatic transmission.

What is the Land Cruiser Prado?

In production since 1990, the Land Cruiser Prado has been upgraded through four generations:

Is the Land Cruiser 100 still being made?

The Toyota Land Cruiser 100 was made available in Australia from 1998 to 2007 and in two styles. The HDJ100 is a 4.2-litre 201 hp turbodiesel inline-six vehicle while the UZJ100 is a 4.7-litre 228 hp petrol V8 vehicle. Both the Land Cruiser V8 and V6 models are four-door models that seat five people comfortably with room for more. Each model is available with a five-speed manual transmission or a four- or five-speed automatic transmission and is available as either front-wheel drive or four-wheel drive.